If you own Amazon Echo and Roku, pull up your socks as you can now start talking with your TV. Yes, you heard it right! According to new changes, now Alexa assistant can gain control of Roku Streaming devices and Roku TVs.

This Tuesday, Roku introduced an official Alexa skill for its streamers that will allow users to control video playback with their Voice. This skill will be handy to manage Amazon’s Echo speakers effortlessly.

New Roku Skill: What is it?

According to the new voice control feature, users can allow Amazon’s Alexa speakers to control Roku TVs & other streaming devices with voice commands. Enthusiast can use devices like the Echo show, Echo Dot & Echo with this feature to bring out most of your smart speaker experience along with voice assistance.  You can enjoy the new Roku skill, if you’re running Roku OS 8.1 and later version.

What Are the Capabilities?

After rolling out the new Roku skill. Users can use Alexa to search anything with voice commands by saying “Alexa, search popular series on Roku”. Similarly, users can control playback by saying “Alexa, Play the track again on Roku” or “Alexa, Pause Roku”.

Plus, Alexa can be used to Launch apps by giving voice commands to Alexa like “Alexa, open Hulu on Roku“. However, this feature doesn’t support Netflix.

Roku TV comes with tons of other abilities and functionality such as turn on/off Roku. Users can even set desired volume or mute Roku at any time. Furthermore, users can input switching and change channel or series by giving voice commands to Alexa. 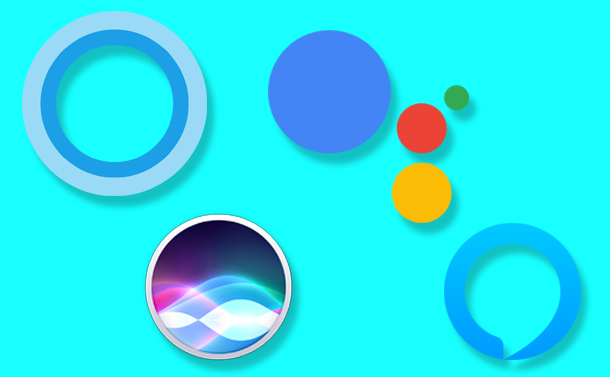 Siri vs Alexa vs Cortana vs Google AssistantThough the market for AI assistants is at development stage but if you are planning to buy one of these...

How Popular Subscription Streaming Services Are Reacting to This New Feature?

The smart speaker giant was expecting a positive gesture from the popular subscription streaming services on the launch of new Roku skill. However, mostly subscription service across the globe are not supporting Alexa commands to Roku devices for now.

Last year, Roku’s TV & streaming devices also worked with Google Home speakers. The combination of Google Home & Roku devices was working in the same manner just like Alexa skill.  However, the popular streaming service Netflix hasn’t supported this feature neither for Google Home nor for Alexa.

Roku has its own voice command which allows users to talk into Roku remote controls or via Roku phone app. But still, Roku has been used as a third-party voice assistant for Google Home & Alexa smart speakers.

How to Use New Alexa Skill?

If you want to use the new Alexa skill along with your Roku, then all you need to do is, Navigate Alexa app on your smartphone. Turn on the app and go to Settings and then TV & Video.