Apple Admits Its Tech Is Flawed, and It's Almost History In the Making

Home » Apple News » Apple Admits Its Tech Is Flawed, and It’s Almost History In the Making

Apple Admits Its Tech Is Flawed, and It’s Almost History In the Making

Apple as one of the leading names in technology, has always made us anticipate some technological marvel, promising us to make it a reality. In many ways, Apple has delivered that over the course of its history, but there is one thing that it has always escaped. Admitting failures. To remain the so-called “innovator” it promises to be, Apple has escaped criticism for a variety of flaws and have tried to hide the very fact, that even something as good as Apple can mess up things. By covering these traces quite well, Apple remains the tech giant it always has been, while we continue to ignore its negligence towards customer satisfaction, who pay for their “premium” services and products. However, recently, Apple just couldn’t cope with people’s annoyance with its next-gen keyboards, as their impatience turned to aggression. So, why Apple has to admit and reveal where it went wrong? And how Apple might have saved it for one last time?

Apple: The Company that Brought us the Firsts

Going down to the foundation of Apple, the company’s main aim has been to introduce the world to new tech and carry on the revolution. Steve(s) always made sure that Apple should be the one to create newness and bring the people out front tech, which they probably never thought of. And they did achieve that. Starting from Apple II to the first iMac, Apple made history throughout (if we don’t count the ten years Jobs wasn’t there). First music player, first touch-screen display, the essence of applications, and an AI assistant as well. However, Apple lost its touch after a certain time and re-shifted its focus to advancement rather than innovation. What happened?

What Apple did under the leadership of Steve Jobs was remarkable. Apple set benchmarks in the first decade of the new millennia in terms of both design and user experience. After Jobs’s passing in 2011, the team seems to have lost that curiosity for creation. Looking at the recent drop in iPhones sales, one can assume that Apple has lost the touch that it has been known for. The iPhones got bigger and Apple introduced a Stylus-based iPad (an idea that Jobs was always against). And today, Apple faces competition from all directions and is experiencing drops in sales, and probably in consumer satisfaction as well. With recent faults that its operating systems are facing are making the company go through tough times.

Apple has a history of escaping these troubles. 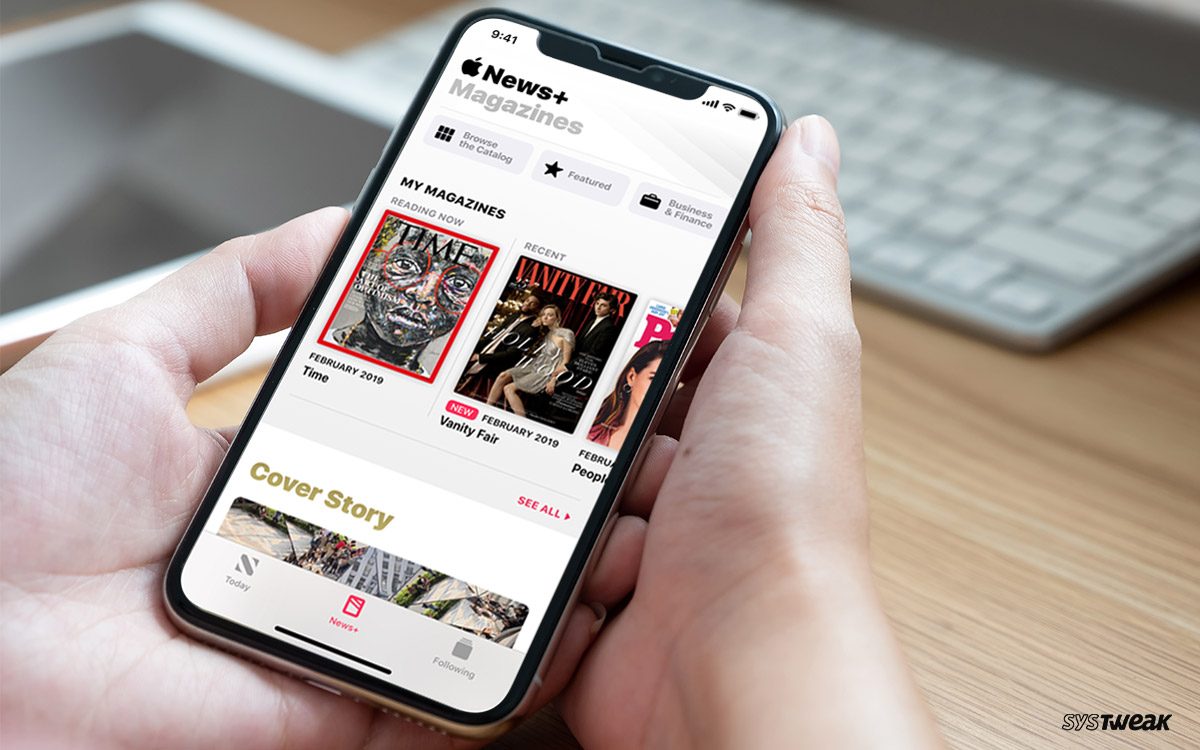 How To Sign Up & Use Apple News...Apple has finally released its new magazine’s subscription service and it’s looking piquant! Here’s how you can sign up for...

How Apple has denied Failures at its part?

Instead of accepting the flaws and repairing it, Apple has tried to cover its past mistakes by working on a direct replacement. On the other hand, if it ever decides to fix a bug, it is always very late. The recent FacePalm incident is an example of it, where a bug in FaceTime was never identified by the developers until some user posted in on a blog after her complaints were constantly ignored by the support staff at Apple.

Similarly, Apple was also accused of deliberately slowing down the older iPhones to avoid issues with ageing batteries. And then, Apple has constantly ignored support for a lot of bugs in its core apps including iCloud, iTunes, and Mail. Apple has frequently denied consumers’ complaints over its overpricing of various core Apple services (something Apple did with the original Macintosh and suffered heavy losses).

The users have frequently claimed that Apple has been throwing charges at consumers for services like iCloud, as well as its products such as the extension USB-C cable for its power adaptors in MacBook Pros, which is coming at an additional cost of $19. Apple then again denied, or should one say, debunked complaints that highlighted issues with updates on Siri. It was found that Siri recorded conversations without consent and simply uploaded them on cloud. However, Apple again denied any such incidents.

Why Apple is not listening to its consumers?

Apple has focused on a direction, and it has always maintained its course, completely ignoring the possibilities of blocks. Apple believes that the consumer has no idea what he/she wants, and its Apple itself who can make them realize their true needs. This is the reason, that Apple focuses on building the next step by analyzing the needs of the future rather than giving in the present demands of the consumers. Once Steve Jobs quotes Henry Ford (the legendary car-maker), “ People don’t know what they want until you show it to them”. And honestly, this worked for Apple, always. Guess we haven’t had the tech we use if Apple has gone as per the consumers. The vision of making something different came from this approach.

However, not anymore. Steve’s gone, his team is left probably directionless. And now, while the company fails to sustain a good present, it also struggles in determining the future, thus, leaving its fate in the hands of consumers, who, needless to say, are definitely not happy.

But apparently, Apple has now had its way for too long.

It began in 2015, when Apple bought a new innovation in the market, a new butterfly mechanism for keyboards in Macs. A quite advanced upgrade to the traditional scissor mechanism in keyboards, Apple claimed that this new tech would make laptops thinner and would change the writing experience for users. The keys were clatter-free and were very sensitive to press. Supported by Siri and the new touch bar, this keyboard was supposed to be the next big thing in Apple’s line of innovative tech. But, it backfired in a way even Tim Cook hadn’t imagined. As soon as the models of new Macs were out, reports came in of inconsistency in typing, repetition of letters while typing, unresponsive keys, and lack of typing command comprehension.

Added to the troubles, the Siri-powered touch-bar on it started miscomprehending commands, creating more annoyance for the users. Apple started repairing for the troubles and this made the situation worse, as the repair costs went as high as US$700. Apple decided to add a layer of protection for its third-gen keyboards to end the mess once and for all. But, that didn’t work either. The layer was apparently was not completely dust-proof and was the main concern for the command typos users experienced in the Macs. Apple though dodged this reveal, it had to accept the consumer troubles, and admit that even an Apple tech can go wrong (the first time in history).

What Made Apple Accept Its Mistake?

These issues with the keyboard are not new and have been a matter of concern for over a year. Apple’s issues had become a major trouble for its public relations representatives, and its image was on a continuous downfall. After four long years, when things were completely out of hands, guess Apple had no other way. However, even now, Apple has claimed in its statement that the problem has been faced by a “small number” of users, but we all know what the case is. 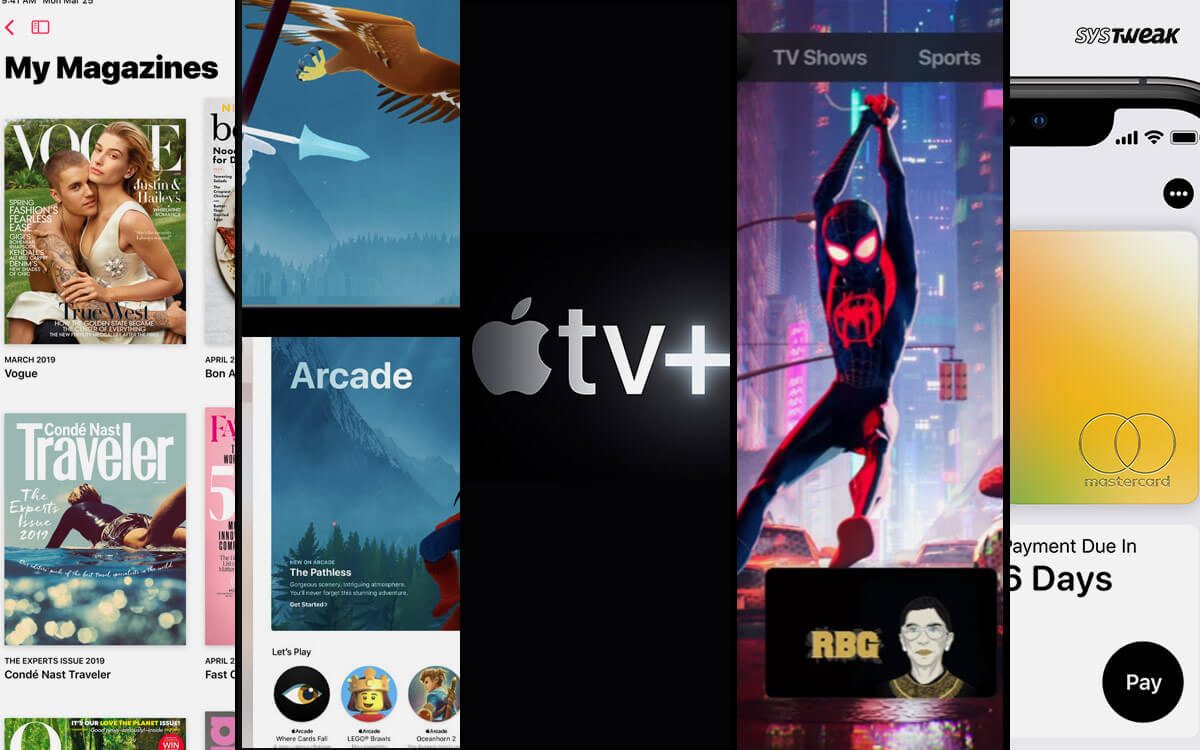 Apple’s Event Roundups: All You Need To KnowApple yesterday held its latest special event at Steve Jobs Theatre in Cupertino. And if you ever thought the company...

What can it change?

Honestly, it won’t change a thing. People would still believe in Apple, and would still buy it, and would forget what a mess Apple made for four long years. Despite a shameful reveal and selfish negligence towards consumers, Apple would remain number one company in the technology industry.

Because Apple is a great marketer. Apple has a way of attracting consumers via its marketing strategy. It does not ask its consumers to try their products or services but urges them to change the way they look at technology. Apple strategically targets users from different segments and demographics such as education, business, and government officials and highlight their advantages. This allows the company to basically offer word-of-mouth marketing from consumers. Then it has a new way of targeting the emotions of people. Recently Apple launched Apple TV+, a video streaming platform for original TV Productions. If you are bringing Steven Speilberg to unveil such a service, it is definitely gonna gather response. And most importantly, going wide. Apple always launches its products internationally and always make sure of using culture as a part of its international campaigns. So, targeting people emotionally and culturally is what would always lead Apple and its front-running position in the market. This is never gonna change.

For the meanwhile, Apple has admitted to its flaws, and for a company which has always been considered flawless, this is a big deal. But it’s high time that Apple changes its ways. This time Apple has dodged it good, and this mess would not be unforgettable. However, if Apple does not change its course, maybe its marketing techniques would render useless some day.