Apple Service Toolkit 2 is an Apple diagnostic tool which can only be used by Apple authorized service facilities. So, it will be nonviable to get your MacBook Pro repaired by an independent repair provider.

The AST 2 system configuration suite is a tool used by Apple to make sure your Mac is working properly. You require a Mac personnel, which will, “quick health check of hardware and software,” He will check the system’s display, memory, power adapters, and other components of your Mac. The software works on one condition, only if the device is connected to Apple’s GSX (Global Service Exchange), a Cloud-based server which is used in service and repairs. To access it, you need an Apple login.

HOW DOES IT WORK?

Apple is supposedly utilizing its own software diagnostics tools to mend iMac Pros and MacBook Pros, which if not used on main component repairs will conclude in “inoperative system and an incomplete repair.”

This means, without this proprietary software, third party repair services couldn’t fix a MacBook Pro, which has issues such as display assembly, keyboard, logic board, Touch ID board, and trackpad. If we talk about iMac Pros, the lock will prevent from replacing flash storage or logic board.

If you tried to get it repaired without the Apple Service Toolkit 2, the device will not be functional until used the toolkit by Apple personnel.

IS THERE REALLY A NEED?

These steps are supposedly taken to make sure your device is secure.  Apple is concerned about the device security that’s why it is taking on precautionary measures.

However, this can also be seen as an attempt to control the repair market and persuade the users to purchase new devices.

Also, Apple has been fighting for past years against the right-to-repair laws, under which technology companies would be compelled to make components along with instructions available to third-party users and users to get the products repaired.

As of now, 19 states have submitted legislation related to right-to-repair rules, so far none of them have passed the bill which would put a ban on these proprietary diagnostic tools. 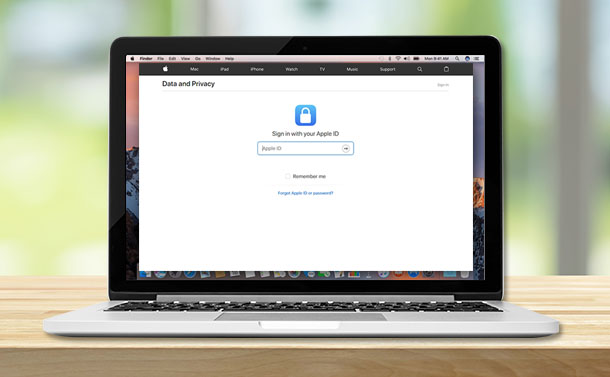 Get A Copy Of Your Apple Account Dataif you are concerned about what data Apple has on you, now you can get a copy of the same...

A few days back, some Facebook users complained that they could not delete their accounts, as the option to do the same stopped working.

When trying to delete a Facebook account, it “would call up the numbers of posts that also needed to be deleted,” also, if you take a long time to select the number of posts, then users will get a blank page and user will not be to proceed.

One of the users tried to delete the Facebook account by multiple ways by using different browsers and devices. He also contacted Facebook various times and also considered hiring a lawyer. Soon, Facebook was notified about the issue and bug was removed and the issue was resolved.

Well, this is not the first time Facebook put the blame on machines for crappy user experience. In April, Facebook put the blame on a bug for keeping copies of videos users took but eventually rejected them before posting them. Another bug was blamed when millions of Facebook users’ privacy settings changed from private to public, in June. In July, the social network unraveled a bug which unblocked blocked user without informing a user. In short, this is not the first time Facebook blamed it on a bug.

After doing pretty much everything, the user gave the account credentials to a Facebook representative and got the issue resolved. According to the theory, the bug only affected people who had “a large number of posts”.