To be honest, I am not a really big fan of smartwatches, but I do understand why some might be interested in getting one. It’s like a travel buddy on your wrist and is best to keep people off the couch. Thanks to smartwaches, texting/receiving phone calls has become easier and alongside endless functionalities and tasks that can be achieved.

While the concept of phone enabled wrist watches has been toyed with since the 70’s, it’s only in the past few years that it got a huge push. Several tech giants have dipped their toes in fast-paced ‘Wearable technology’ to offer users with a plethora of features to carry out mundane activities.

But seems Apple wanted to take another approach to offer users ‘Smartwatches’ as just more than a tech toy or a fitness tracker.

Apple’s Plan To Stand Out Like A Sore Thumb

Initially, when Apple Watch was launched in 2014, they didn’t really focus on health, but it was more about fashion, apps & notifications on your wrist. Fast forward five years, Apple’s Watch Series 4 came into the market with the promise for offering a new and a better way to manage personal health.

Other than early adopters, users have yet to find a reason to buy a smartwatch. However, a recent development will certainly make things more convincing if you are looking forward to get your hands on the new series 4.

Not several people know, but Apple has recently rolled out two new heart-related functionalities: ECG (Electrocardiogram) & an irregular rhythm Notification feature that would allow users to monitor abnormal heart rhythms. The medically-certified watch functions are finally here after four years of research. The new functionalities have been rolled out in Europe & Hongkong for now.

For people who aren’t ‘au fait’ with medical terminology, these features can test heart for signs of an irregular beats & can monitor and alert about Atrial Fibrillation (AFib) which can lead to a stroke. Meaning, one can easily be alarmed before the problem becomes bigger.

But Why It’s Such a Big Deal?

Of the estimated 1.5 M people in the UK that suffer from AFib, which is the most common heart rhythm issue, a third of the population are said to be unaware of the condition. However, with the help of these new watch features one gets the ability to detect, before it becomes a major problem.

If you look at its other additional features, it looks like the company wants to target older segment as well. With its ‘Fall Detection’ functionality user can alert someone in the event of being fallen without being actually connected to their phone.

Well, where several people were skeptical about these life-saving potentials. In just the span of a week, the device has already turned a doubter into a believer after saving a life in Europe. 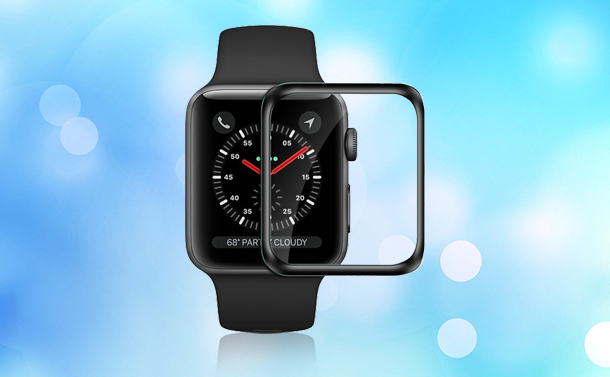 Best Apple Watch Screen ProtectorsAdmit it, among all your gadgets, the love for your Apple devices would be truly indescribable. And why not even,...

Based on a customer testimonial shared via Twitter to Dr. Michael Speher, an unnamed Apple watch user was reportedly able to detect signs of heart illness (AFib) that can cause deadly strokes.

In his note to Michael, the user explained “that he initially thought the feature was ‘for hypochondriacs’ but decided to try it out, just for fun. But the Watch was constantly reporting ‘Atrial Fibrillation’. The user never noticed any symptoms before, so tried to consult a doctor friend, who says that it’s probably just a measurement error in the watch. Nevertheless, after consulting his personal physician, a 12-channel ECG was taken, the physician weighed his head deliberately and said: ‘The watch is right’.”

This allowed the doctor to prescribe beta blockers to the customer as a method of treating his AFib.

“It’s true, that the Watch contributed to prolonging someone’s life,”

The Cupertino giant doesn’t believe in deceiving its users, rather it focuses on clearing about the ECG app. The company says that the new Apple Watch Series 4 is not designed to detect heart attacks, strokes or blood clots. But it can surely help customers to check AFib with a 30-second ECG that can simply be performed by touching the sensor built into the Digital Crown.

Initially the functionality was limited to the U.S & respective countries, but now the ECG Heart Rate Monitoring feature is available in more than 20 countries & territories around the world.

At the end of the day, a feature saved a life & that’s huge. And it’s truly an example of how Technology & Healthcare CAN & SHOULD join hands together for bringing great innovations to life!

Let’s hope this is a great sign of several vicissitude to come!

For more updates on How To Use ECG, stay tuned!