Animation on the move. Traditional animators would probably be turning in their graves on knowing that technology has become so advanced that now it is easy to create animation while in queue to board their bus home or when one is ideally sitting in a coffee shop sipping on a chilled ‘Chai Tea’. Similarly, technology has grown so much that, creating characters and backgrounds has never been easier. With a simple tweak and tap on the screen, one can easily create a character according to one’s wish and give it motion while defining its many parameters. Animation maker apps for Android smartphones are the new light boards for amateur animators.

We have compiled a list featuring the best Android animation apps which give its users multiple features and also easy exporting of the same.

Let’s start this list of the best animation apps for Android with a fantastic 3D Animation app that shall even let kids create animation according to their imagination. With preset 7 characters, this is a novel approach of getting kids interested in all things animation. But, there are also options with which one can make new characters according to one’s imagination. An entire story can be created with these preset characters, backgrounds and musical themes. Another feather in its cap is that it works offline too with which exporting the created animation becomes even easier. 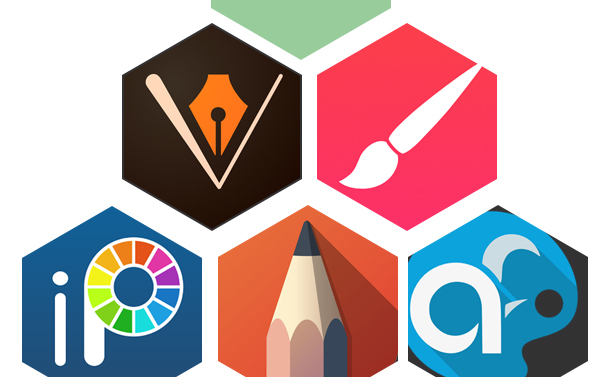 Best Applications For Drawing On AndroidDiscover these best applications for drawing, sketching and painting on your Android device. Do not let lack of canvas and...

This application utilizes the old-world beauty of flip books and gives us frame by frame animation. Storyboarding, sketching and animation are the key features of this app. Layers or onion skins can be created on this app that results in proper depth of the animation and also provides the user a timeline on which they can add the keyframes. With this animation maker app on Android, one can also share the end video via different social media outlets like YouTube or Facebook. Tumblr and Instagram compatible videos can be created too. With the addition of sound, this app is just perfect for all amateur animators.

This application is created with the intent of giving its users the option of screaming on rooftops that that can Animate! It is without a doubt one of the best animation apps for Android. It offers character animation, background creation, character skeletons, and even props. This application is easy to use and a must have for story board creation. Multi character options are now available with its latest update.

Going back to the basics has never been easier than with this Android animation App. Animation Desk merges old world charm and allows the user to create characters with mediums such as pencil, fountain pen, crayon, along with three different types of brush. With an adjustable timeline, one can decide the softness in motion of the character by ranging the FPS (Frames Per Second) from 3 to 24. With onion skinning one can merge many characters along with backgrounds. Easy file management and a powerful frame manager for editing makes this app even the simplest art get a professional look.

Adobe Max: New Tools For Video Creators And...Get to know about the latest Projects of Adobe that were showcased at this year’s Adobe MAX event. These tools...

As we wind up this list of the best animation maker apps for Android, we will be amiss if we miss out on mentioning Draw Cartoons 2. An animation editor, it allows the user to create and edit their own animation and become an amateur animation film director! Character creation is easy with the multiple templates offered or one can simply create a character from scratch. Once the animation is ready, a voice over or music can be added before exporting the clip. This application allows the user to directly share their creation on social media platforms such as Facebook and YouTube.

There you have it folks. The best animation creator apps for Android for creative artists on the move. Do drop us a line in the comment section below with your recommendations. Also, do share which apps you would like to see featured on this list.

How To Delete Multiple Contacts Of The Same Person In Android?