Best Apps That Use Fluent Design System On Windows 10

Best Apps That Use Fluent Design System On Windows 10

With Windows 10, Microsoft has beautified the interface and the first party applications also have an elegant look. Microsoft has added Fluent Design elements to these apps. Sadly, only a few developers have accepted the new design.

Creating an app which matches the standards and looks good with the interface, takes efforts and a good amount of time from developers. In this post, we have listed some of the best apps that utilize Windows 10 fluent design.

Newsflow is one of the best Windows 10 apps that utilizes the fluent design. It is an RSS reader which allows you to sync your reading progress across all compatible devices. With the app, you get all news of your favorite websites in a single place, which saves your browsing time. The app has an intuitive and informative interface. You can also read the content offline by downloading it and also organize all news by categories. With the latest update, the app has adapted the fluent design elements. As the app is all about reading, these changes in design have a greater impact.

You get notifications when new content is there and you can also share the content with your friends with ease. News flow is available for Windows 10, Windows 10 Mobile and Hololens. 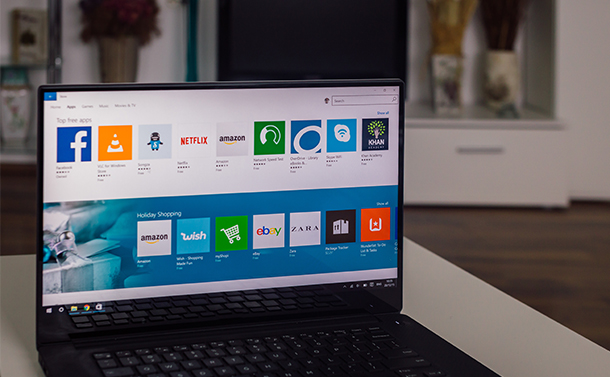 7 Best Windows 10 Apps You Must Get...Can we do something to make Windows 10’s environment more pleasing? Yes, of course! Here are the 7 best Windows...

myTube is one of the best apps which has been always loyal to the design and changes made to Windows 10. The app provides YouTube experience to Windows 10 users. It keeps your YouTube videos playing while you read comments, check the channels or browse videos. The app comes with features with Compact Overlay, Live Tile support and many more. The developer has taken a leap and has made its way from Windows phones to Windows 10 as well as Xbox One, keeping the interface pretty.

myTube! Is available on Windows 10, Xbox One and Windows 10 mobile along with Windows Mixed Reality for only $0,99

Huetro is a smart app which is one of the best apps that utilizes Windows 10 fluent design that is used to control your smart lights & make your house look pretty. The app has a nice interface and looks good on Windows 10 interface. You can use the color picker to choose a color or create new scenes by using your favorite memories. It is an app which has adopted Fluent Design in a decent manner. It works similar to the Philips Hue app and makes it easy to control the smart lights. You can set alarms, or ask Cortana to automate your home and use geofencing so that you always come to a well-lit home.

The app is free for Windows 10 Mobile and Windows 10, XBox One and HoloLens. To use all the features of the app, you need to upgrade it by paying $ 0.99 to $4.09 to add features that you like.

Soundbyte another great application which has changed its look and design to adopt Windows 10 interface. The app is a way to collaborate with SoundCloud, Fanbrust, and YouTube. The design has album artwork along with a clear interface with modern menus and icons. The app allows you to create or edit playlists, watch music videos and live streams on YouTube. It has adapted fluent design in both light and dark modes. The app makes listening to SoundCloud tracks easier and also works well with Windows 10 feature whether it’s Timeline or Cortana. SoundByte is free to use on Windows 10, Windows Mixed Reality and Xbox One.

Mixer Go is an amazing mixer client and streaming service which comes with a simple and clear interface. The app comes with Mixer’s features and has a decluttered interface. You can interact with your favorite users as well as channels, watch a stream, edit your channel and more. With My Corner section, access your favorite streamers within seconds. The app gets updates on a regular basis to provide you with new features. The app is available for free on Windows 10.

So, this is the list of the apps which have utilized fluent design of Windows 10. Though it is just a start! Many developers are working to provide apps with these designs. It would be exciting to see some new apps with lot of customization along with collaboration of Fluent Design

Printer not Showing in Adobe Reader? Here’s the Fix (Windows 10)