Best iOS And Android Apps To Stream Music On OneDrive

Best iOS And Android Apps To Stream Music On OneDrive

Lately, Microsoft laid down Groove Pass music from Windows and also plans to end the support for iOS and Android devices by the end of 2018. So if you are of them, who used Groove to purchase music, store and stream it on other devices, you will have to search for other options.In this post, we have listed some of the apps that can be used to replace Groove and stream music straight from OneDrive.

One of the most beneficial things about the apps on this list is that they also work with DropBox, Google Drive.

Another good alternative to Groove Music, CloudPlayer comes with a simple interface. It has the ability to detect all of the music files and also supports streaming and downloading music. It can support music from many cloud services such as Dropbox, Google Drive, OneDrive and more. You can stream and listen to offline music. It supports almost all the music formats. It enables you to play files in folder one by one. You can play music on Android Auto, Chromecast, Android Wear, and AirPlay. It has file repeat and files shuffle function with the app. It also has a premium version.  You can enjoy an inbuilt playlist, backup and sync, gapless playback, and much more. The app is available in both free and paid version. The app provides 30 day trial of premium features so that you can add whether you want pro or not! It has a simple design and user interface. It comes with advanced sorting via Composers, Albums, artists and more. With premium version, the sound quality also increases.

Get the App For iOS & Android

20 Best Android Music Player Apps in 2021Whether you’re traveling solo or find yourself at a crowded club, here are our top picks for the best music...

To stream music from OneDrive, you can get 9 Cloud, a cloud music player on both Android and iOS. You can browse MP3 files in your clouds. It enables you to stream the files directly. You can add songs to recent or liked playlist. You can also stream videos from SoundCloud and YouTube. You can download the files and keep them locally from OneDrive, Google Drive and Dropbox

Get the App For iOS & Android

One of the best iOS and Android apps for streaming music on OneDrive, Cloudbeats is an amazing app which plays music from anywhere, directly from the cloud. With this, YouCam saves valuable space on our device by storing all your favorite songs on a cloud. It works with not only OneDrive but also Google Drive, Amazon Cloud Drive, Dropbox, and more. It works well with music, audiobooks, and playlists. If you like the app and want to unlock all the features of pro version, you need to upgrade on the premium version of the app.

You can download playlists, albums, files or folders on your device to play the songs when offline. You can create your music library via Artists, Albums and more. You can shuffle library or a single folder. The player also enables you to stream the content to Google. Chromecast. It supports mp3, wav, FLAC, and m4a. You can use sleep Timer, speed up or slow down playback, repeat all and shuffle and more.

Get the  App For iOS & Android

Cloudlist is one of the best Android apps to stream music from OneDrive. It allows you to play music from different cloud accounts such as Spotify, Yandex Disk, OneDrive, Google Drive and more. You can also make playlists of songs stored in different cloud accounts. The app is light on resources and is quite beneficial cloud music player available. You can also save your favorite songs offline. You can view your music folder in folder view.

Get the App for Android

Cloud Indeed is one of the best iOS apps for streaming music from OneDrive. However, it works with other streaming services as well such as Dropbox, Google Drive and more. You can manage your music files effortlessly. The app has a simple and easy to use interface. With fusion mode, you can manage different cloud drives in a single space. It enables you to merge the files with the same from different cloud drives. You can search for your music on all the drives at the same time. The app supports batch file operation in different cloud drives simultaneously. It supports different formats such as mp3, m4a, wav, AAC, ac3 and more. It also has multiple repeats and shuffles play. It allows you to download while streaming. You can even search for files and folders by name on OneDrive and Dropbox. It supports download, deletes, upload, create, copy, move and rename. It helps to upload files from other apps as well. You can keep the files and folders for offline use. It also supports background tasks such as delete, upload, copy and more.

Get the App For iOS

Glazba is one of the best iOS apps to stream music from OneDrive. You can also download tracks and access them offline. It enables you to upload music from PC/Mac using cable or Wifi.  You can create a playlist by simply dropping the song in the space. You can organize your music files in folders or albums. It also works great with iTunes as well Apple Music. It also offers support for FLAC, radio-streams & and many other audio formats.

Get the App for  iOS 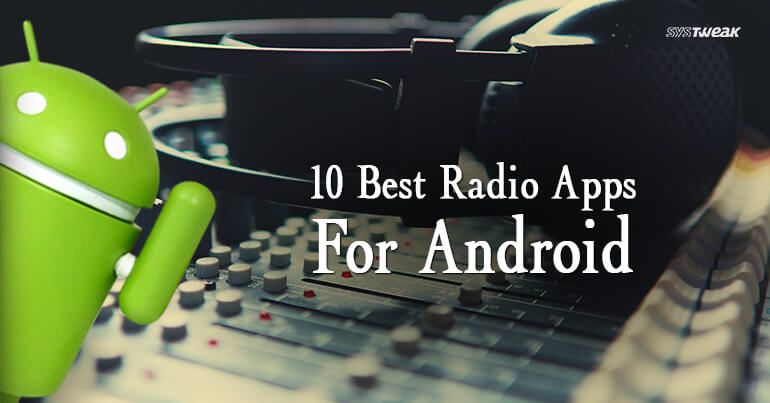 10 Best Radio Apps For Android of 2021...If you want to stay updated with the latest music, sports, news, talk, and standup comedy shows, then you can...

OneDrive Music will not lose its existence

With Groove Music gone, OneDrive will still be used for listening to the music using other apps available. So no, OneDrive will still be used. There are options to choose from and we have mentioned three of the best apps available to fill in the space that Groove Music has left behind. Also, you get additional features in these alternative apps which gives you the edge!

If you have any of your favorite music streaming apps, then mention them in the comments section below.