If you are going to upgrade to an iPhone just because of its attractive interface, then wait a minute. What if you can make your android phone look like an iPhone and if it is an android smartphone with notch at the top then you can make it look like iPhone X which is one of the finest creation of apple.  There are number of android launchers for iPhone available on the Play Store that can make your Android smartphone look like an iPhone with the same lock screen and home screen as iPhone. So, without any delay here’s our list of some of best iPhone launchers for Android go through it and find grab the best launcher for your android smartphone.

Your search for an iPhone launcher for your Android device ends here. It is a lightweight launcher. You can customize home screen with lots of themes and widgets. You will find it lightweight and full of amazing effects at the same time. Launcher will give you full feel of iPhone with 3 d transitions on home screen.

Another launcher application which you can use to give your Android phone look and feel of an iPhone is x OS launcher. With this launcher, you will find deleting and moving apps very simple. The best thing about this launcher is that it not only gives your Android phone look of iOS but you can transform it to other Android brands such as Samsung, LG, Huawei etc. If you will go for the iOS them the icons will look exactly same as iOS. The launcher will allow you to enjoy super speedy and smooth functioning. Application is loaded with the default wallpapers of iOS and other user interfaces. It takes only few MBs on your disk space. It is one of the best iOS launcher for Android.

If you are looking for a launcher with 3D touch, a well-known feature in iPhone 6S and later then you should choose Nova launcher. Though you will not get all the features or look and feel of iOS but you will get 3D touch with this launcher. 3D touch is capability to perform certain actions without opening the app. Like all other launchers the app is loaded with cool themes and widgets too.

With the exact same icon pack this launcher will give you the same look and feel of iOS. The application is having 4.5 overall rating on the play store. In the app, you will also get live wallpapers for iPhone 7. You can use this launcher on your smartphone and on your tablets.

This app is no longer available

If you loved look and feel of iOS 11 then you should go for this iPhone launcher for android. It has got almost everything which you may think of to have in a user-friendly launcher. To give you the real feel of iOS it is having the same shortcut menu. You will find dedicated buttons to turn off or turn on Wi-Fi Bluetooth or mobile data. Long pressing icons works as 3D touch. On the top of everything the launcher is light weight and does not hamper your phones processing speed. 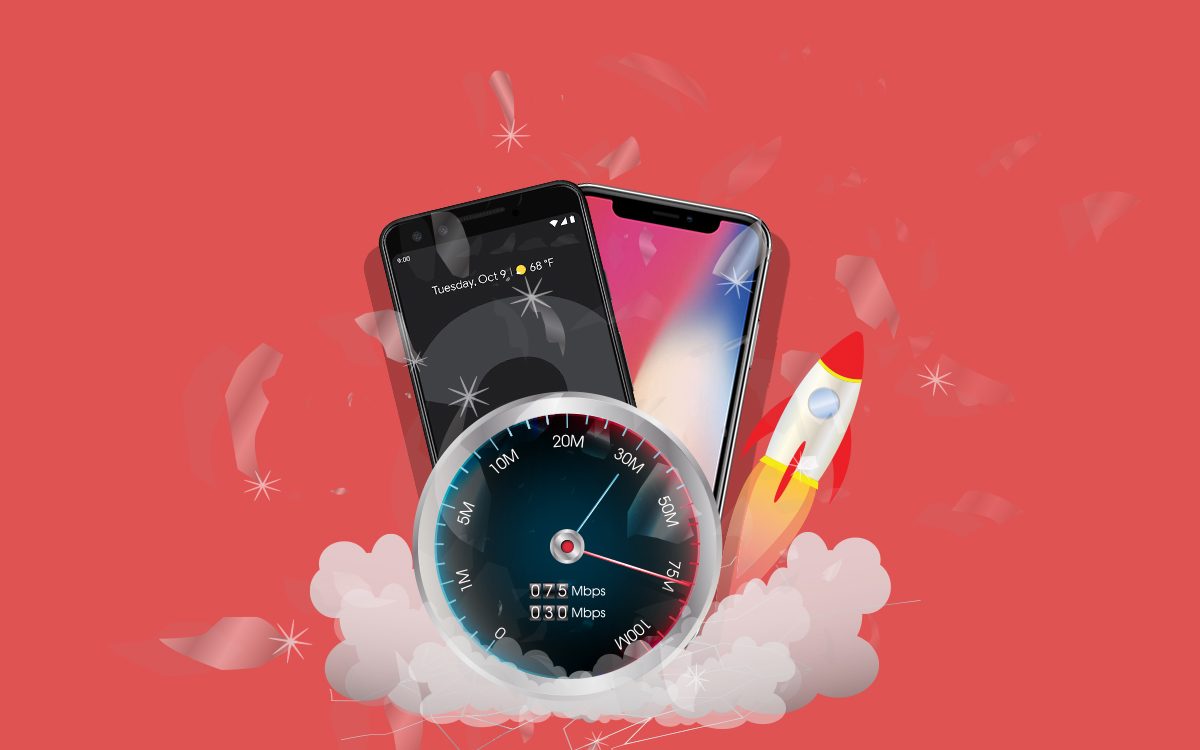 10 Best Internet Speed Test Apps For Android...Did you know that signal strength and internet speed may go for a toss based on the location? Read to...

As apple has now released its latest operating system for its smartphones, you can also expect to have a launcher for it on your android phone. With this launcher you will also get your notifications grouped as they use to be in iOS 12. You can launch different themes and can add free wallpapers to make your android phone look exact like iPhone.

If you are owning a smartphone with notch, then this iPhone launcher for android will give you complete look and feel of using iPhone X. iPhones does not support pattern lock but with this launcher you can also use pattern lock for your smartphone. Music widget and other widgets look exactly same as iPhones. Launcher is very light weight and if you are using a phone with a good hardware then you will feel that you are using an iPhone itself.

X launcher Lite is a basic launcher for those who find iOS 10 as the best mobile operating system by apple. control center and home screen interface are same as iOS. Other than iOS you can also go for some other themes launcher is light weight and get downloaded easily. Not only this you can also hide some applications in this launcher. The Launcher is loaded with icon packs which you can use to add new flavor to the launcher.

Here is another one of the best iOS launcher for android. Icons look exactly same as iPhone background for lock and home screen is also very close to an actual iPhone. If you are having a phone with notch, then this launcher will make your smartphone exactly look like an iPhone X. with some stunning icon packs you will get 3D representation for weather and other widgets.

So, these were 5 best iPhone launchers for Android. Depending upon what features you like from iOS you can choose one from the list for your Android smartphone. These launchers will allow you to enjoy flexibility of Android with cool look and feel of iOS. If you love iPhones only for their cool look and feel, then you do not need to spend more than double price to get that look and feel. These best iOS launchers for android will make your ordinary android smart phone look like an iPhone and if the physical appearance of your smartphone is same as iPhone then your friends will not be able to figure it out easily that it is the same Android smartphone.