Playing games, and developing and designing one are two very different things. Game developers though have to design the interface and work on all the intricate things related to a game but should also have a brief knowledge about the programming languages. Game developers don’t have to be pro in all the programming languages but there are some that are needed to be known.

In this post, we have listed some of the important and best programming languages that you should know about when developing games.

C++ is one of the toughest and important game programming languages. The language is very useful as it provides direct control over the hardware and graphical processes and it is important from gaming point of view. Learning the language can help you to learn the basics of object-oriented programming. The language is pretty useful when you aim to build Windows or big console games. The language is fast, the compilers and optimizers are solid, you get a lot of control over memory management as well. It is the most used language for writing game engines and some engines only compatible with C++. If you are seriously looking for creating and developing a game from scratch then, C++ is for you.

One of the best programming language for games C# is a set of tools and runtime environment by Microsoft. C# is a programming languages designed for the Common Language Infrastructure. It is specifically suitable for games on the Xbox or Windows platforms. It focuses on merging the raw power of C++ and high productivity of Visual Basic. The portable executable file of C# contains any number of classes, though the ‘.class’ file in Java consists only one class. C# supports Structures, Operator Overloading and Preprocessors directives, whereas, Java has none of them. C# is open source and runs on Windows, Mac and Linux. 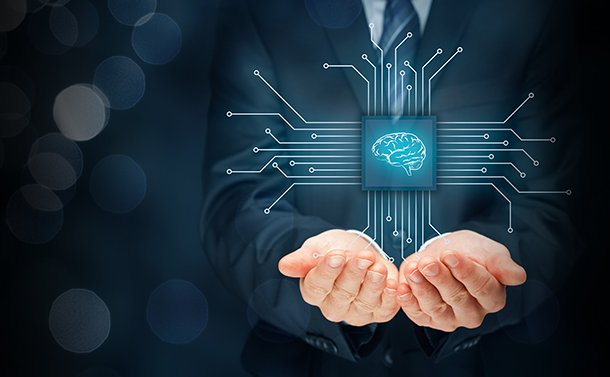 Which Is the Best Programming Language for AI...

Java is popularly used by game programmers as it supports sockets and multithreading. Java is a simple, robust and object oriented language. Multithreading doesn’t hog memory and makes it easy for users to use their system when they have heavy processes running in the background. However, Sockets help in making multiplayer games. Moreover, Java runs on a virtual machine, so it is easy to circulate.Java supports dynamic loading of classes, automatic memory management and dynamic compilation. The most popular game Angry Birds Chrome for mobile devices is made by Java.

HTML5 is one of the best programming languages for games. HTML5 is the latest version of HTML. You can use HTML5 in place of JavaScript in some cases. HTML5 is many times used to give a page structure and visual display elements. With HTML5, you can embed video without any plugin or codec. It becomes as easy as you insert or embed an image. HTML5 web workers use different background threads for processing and the performance of the webpage is not hampered.

CSS3 is a new version of CSS, an easy game programming language which makes web development and documenting simple. It has new and improved CSS selectors, with the selectors, you take up DOM elements based on their attributes. With CSS3, you can add fonts to a file very easily. With border images, you can place an image instead of a border. Text shadow feature lets you add drop shadows to the text.

SQL is a game programming language which is ANSI and ISO standard computer language for making and manipulating database. It can be used for back-end database work, which makes it easy for players to access their account and work on other things as well. It is simple to learn language. With SQL, you can create, delete, edit data and more from database.

These are some of the best programming languages that a game developer should know in order be a pro.

Best Programming Languages for Big Data - Part...
What Do You Think?
Responses