Quote of the Day: Safety and security don’t just happen, they are the result of collective consensus and public investment. We owe our children, the most vulnerable citizens in our society, a life free of violence and fear. – Nelson Mandela

Personal Information including home addresses and social security numbers of more than 26.5 Million Xfinity Customers was leaked due to Comcast’s Security Flaw.

What information of Comcast’s Xfinity customers was exposed online?

According to Buzzfeed News, there was a massive flaw in the security protocols of Comcast’s online customer portal. The featured customers were all subscribers of Comcast’s Xfinity services. The customer’s personal information like home addresses and social security numbers were exposed online due to this security loophole. The security flaw is said to have been easy to hack into but the timely information from Buzzfeed News prevented this disaster from occurring.

What were the security flaws that could have been breached or hacked into?

There were 2 sections where the security in place was weak. The first was in its ‘in-home authentication page’ were users used to pay their dues without having to go through the long process of sign-in. The second was coincidentally a ‘sign-in page for Comcast Authorized Dealers’. In it, hackers could have accessed the billing address of the customers from dealer database and then used their hacking skill for the last 4 digits of the customer’s social security numbers.

Both these flaws in security were easily exploitable and could have resulted in a huge loss of personal information. Such vulnerabilities if undetected let hackers gain sensitive information. In recent times, companies like Equifax and Yahoo faced massive data breaches, resulting in millions of individuals being affected.

What does Comcast say of the instance?

Comcast spokesperson, Mr. David McGuire reportedly stated that “We quickly investigated these issues and within hours we blocked both vulnerabilities, eliminating the ability to conduct the actions described by these researchers. We take our customers’ security very seriously, and we have no reason to believe these vulnerabilities were ever used against Comcast customers outside of the research described in this report.” Here’s hoping that Comcast and other companies take their security protocols a little more seriously in the future.

With much fanfare and buzz involved, Samsung shall launch its flagship phone, Note 9.

Why is there so much interest in the launch of this particular device?

The Note series has unfortunately, not been very successful for the Samsung brand. Its earlier models, had quite a run of bad luck upon their launch. There were reports of batteries exploding and Note 7 line was discontinued resulting in US $17 Billion in lost sales revenue. After Apple’s iPhone X, this is the first flagship phone to launch from the Samsung brand. They have tasted success with the Note 8 and hope to repeat the streak with a win from Note 9.

What are the specifications of Note 9?

The new Note 9 that shall launch later in the day are reported to have the following features:

While these are all speculations, we are sure that the Note 9 will surely have all this and much more to offer its users.

What does the future hold for Samsung?

The failure of the past note devices has acted as a black cloud over the morale of the company. As Apple is the biggest competition for Samsung, Samsung hopes to turn the tide in its favor with the latest device. “There is a lot of pressure on this new release to be successful and lay the groundwork for future innovation and cross-selling opportunities in a fiercely competitive smartphone market” so says Daniel Ives, an analyst with GBH Research. We hope that Samsung manages to break Apple’s clout and earn its crown as the most popular smartphone maker in the industry. 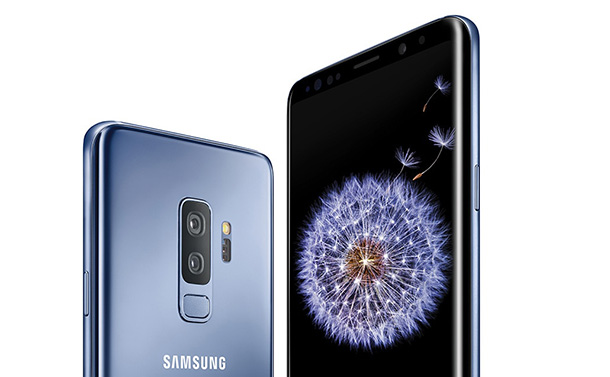 Samsung Galaxy S9: Everything You Should Know About...
What Do You Think?
Responses