Every time you travel or walk past a group of people, it’s highly possible that they are watching something on their smartphone. Streaming video has been a push to Digital Entertainment industry’s flight. With Amazon Prime Video, Netflix and other popular streaming apps, the popularity has reached another level. With the boom in this technology, the streaming video devices have been introduced and are prevailing. Though, with a lot of devices in the market, it has become utterly confusing which device to choose?

One of the prevalent options is Amazon Fire Stick. It is pocket-friendly, the streaming device plugs into an HDMI port directly, therefore acquires less space, making it a convenient option.

Well, this is not it about Amazon Fire Stick, there is a lot more to it!

In this post, we will take a look at Amazon Fire TV Stick, how it works, what is important to know about the device.

What Is the Amazon Fire TV Stick?

Amazon Fire TV stick is a video streaming device powered by Amazon. One of the specialties of the device is video content. The content on it comes from Amazon, you can view TV shows, movies and originals on Amazon Prime Video.

Before going too deep, let’s take a peek into its history!

Amazon first introduced a digital player with a micro-console remote in April 2014. A device which could deliver audio/video content streamed using the internet. Later on, Amazon thought of a portable device and in November 2014, it released Fire TV Stick.

To operate Amazon Fire TV Stick, you need a TV with HDCP-compatible HDMI port, which is easy to find in any TV. To set it up, you need to connect a micro USB power cable & select Wifi network.

Along with the device, Alexa Voice Remote is also included. It enables users to navigate the Fire Stick interface, also it helps you interact with digital assistant Alexa.

Being able to use Alexa has opened up to various commands and one of them is the ability to play music with just a press on microphone button and voice command. 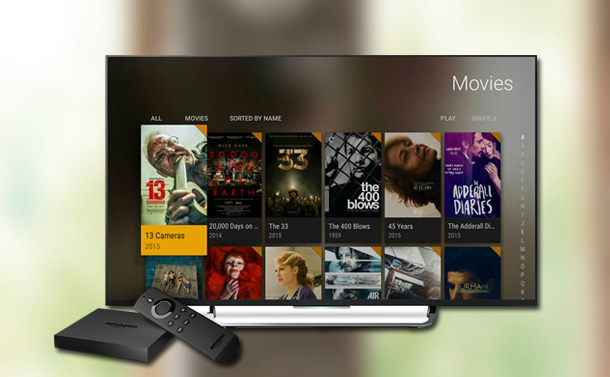 8 Amazon Fire TV Tips and Tricks To...Fire TV allows you to watch all your favorite content in 4K HD quality and a lot of games too!...

What are the Configuration & Dimensions?

As per the name, Amazon Fire Stick looks like a USB flash drive. It’s 3.4 in length and 1.2 inches in width.

There are six major sections to explore: Search, Home, Movies, TV Shows, Apps, and Settings. Users will always start at the Home section. To move across the different sections and content, you’ll use the navigation trackpad on the remote. The centre of the trackpad is used as the select button.

Instead of needing to use the different buttons on the remote itself, you can accomplish a large number of tasks by pressing the microphone button and speaking to Alexa. You can use voice commands to play a movie or TV show, search for content, search within apps, control playback, launch apps, control live TV apps, and more. 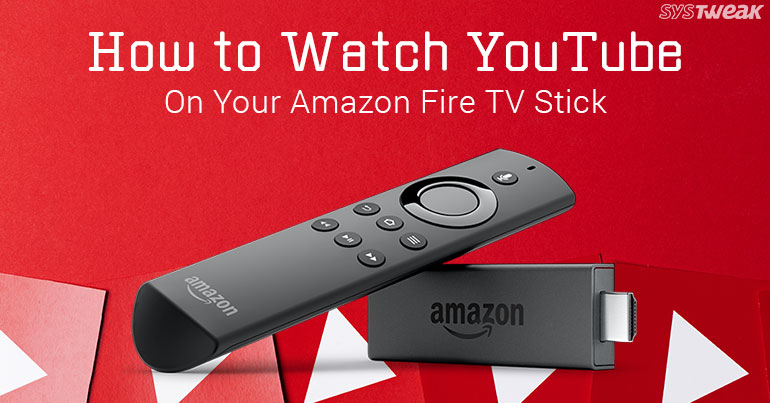 How to Watch YouTube On Your Amazon Fire...Firefox for Fire TV app is amazing workaround announced by Mozilla just in time. It helps users to continue watching...

What Do You Need to Know about the Fire TV Stick?

There are a lot of things that you need to know about Amazon Fire TV Stick to understand it better.

Amazon Stick allows you to access different apps to download. The device can run Android. In other words, you can sideload Android apps to your Amazon Fire Stick. You can do it using Android Phone but can also be done on PC, Mac or Linux.

If you think you like Amazon Fire TV Stick, you have two options to choose from. You can get the device from Amazon itself. However, you can also buy it from third-party retailers.

What Do You Get In The Box?

Whether you buy the standard version or 2nd gen, both of them comes with Fire TV Stick, two AAA batteries, the Alexa Voice Remote, an HDMI Extender and a power adapter. The HDMI extender gives you a better Wi-Fi reception.

So, that’s it, folks! Amazon Fire Stick is one of the best ways to bring out the best in streaming videos and watching other entertaining content. Whether it is size or the price, Amazon Fire TV Stick is best of all. Well, that’s our views, tell us yours in the comment section below.