Do you know about Cosplay? Well, it is about Costume play where one can dress as any character he admires! Quite entertaining, right? What if we told you someone is looking forward to mix Blockchain technology and Cosplay? You might find it hypothetical, but world’s largest cosplay website is working on a protocol to empower cosplay players! Let’s get started and know about this in detail.

What Are The Challenges In Cosplay Industry?

The industry of cosplay is growing exponentially, and it is a resultant of large-scale adoption, social media websites, and conventional media as well. However, things are not rosy in this field as well and there are a certain things which restrict the people in this industry from growing! They are either in form of revenue distribution, value enhancement and transparency in the community. These are basically a disappointment for artists who are putting in their heart and soul in this!

Blockchain Technology Has Solutions For These Issues…..

Unless you are living under a rock, you might have heard about Blockchain technology which is transforming everything around us. In the same spree, Cure WorldCosplay has come up with an idea of launching their own ICO, namely Cosplay Token ICO so that challenges surrounding their ecosystem are resolved without much hassle!

The experts involved in designing and coding this have revealed the fact that Cosplay Token (COT) built on Distributed Ledger Technology (DLT). Moreover, it will be used inside the Cure WorldCosplay as a currency. This will make sure that the players are tipped accurately without the use of Online payments. 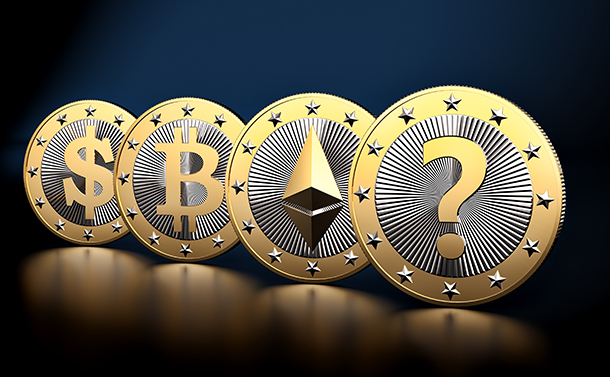 How to Detect the Next Big Cryptocurrency: Finding the next big cryptocurrency can be a challenge as hundreds of new coins come and go out of...

Basically, they will work on the following:

Sharing the Revenue- Most of the times they are not given fare part in the revenue generated. But with the introduction of Smart Contracts, this issue will be resolved from the roots.

Transparency and trust- Many a time, the cosplay players are not identified for their talents and thus they are not trusted or given opportunities to grow! With the introduction of Cosplay Token and Blockchain technology they will be given recognition for their talents. This will lead to trust establishment and transparency!

Globalization– Cosplay is not something which is restricted to one country! Thousands of people are part of this who are waiting for opportunities. And thus a better structured and trusted method for sharing about the information of players will be done globally!

There are other benefits as well such as access to settlement accounts, Value actualization, and many others. But in the end this platform will empower cosplay players, help them in monetizing their art and hard work! Also tipping will become much easy and thus the relation between the players and their fans will strengthen!

Should This Be Trusted?

Well, if we take a look at WorldCosplay, it is a reputed company! The platform they have currently shares pictures and the content in 12 languages! They have over 720000 members from around 180 countries. And this amounts to more than 6.5 million images till now which will definitely increase with time!

If we consider this, possibly they will not turn out to be scammers, but the professionals say otherwise. They firstly doubt on the number of tokens the experts are ready to shell out! Also, they are about to give 0.5% of the tokens for free which is a HUGE amount! If this is the case, then it is extremely doubtful for how long the token will be able to retain its value? Also, the coins can only be bought against a cryptocurrency that means only an active cryptocurrency user can get the benefit of this. This is highly suspicious as people now have started to wonder what if this is yet another scam in which the cryptocurrencies are hijacked, and nothing happens?

Well, this can turn out to be a tremendous life saver or an absolute disaster. And thus, keep your eyes open for this one fellas as Cosplay Token ICO might be the one you were waiting for! What do you think?