Every day we come across a trend or fad that has managed to take over the market and capture the miniscule attention span of the teen consumers. This time however, there is a new market trend that is emerging that is catered specifically to change the way diamonds are mined. Diamonds, a precious commodity in itself, have always been associated with the exclusive 1 percenters or in the off chance of having it as an engagement ring for the commoners like us. Using the phrase ‘from mine to finger’ the current inclusion of Blockchain technology in Diamond mining has managed to change the lives of the miners for the better. No more ‘blood diamonds’!

As mentioned previously in our blog on Diamond mining, the trials and tribulations faced by miners are so horrific that this decentralized approach of tracking a diamond from the time and the conditions involved in its mining, till it is sold in stores, are being welcomed by all. Specifically, as more and more diamond companies join on the the bandwagon, we can finally see an end of inhumane mining.

Old school, traditional diamond jeweler house De Beers, is a name uttered with reverence in this industry. So, when they declared their intent of becoming a decentralized organization, one can be sure that it sent shock waves through the market. De Beers has always boasted of having a huge amount of diamonds from its mines and off consumers a massive variety in cuts and carats. Something for everyone. In an official statement, the CEO of De Beers Groups Mr. Bruce Cleaver has stated, “Diamonds hold enduring value and represent some of life’s most meaningful moments, so it’s essential to provide assurance that a diamond is conflict-free and natural. By leveraging blockchain technology, we will provide an additional layer of assurance to consumers and industry participants, with every diamond registered on the platform having a record as everlasting as the diamond itself.” He further added, “We are very excited about this initiative and the benefits it could deliver across the diamond value chain, from producers through to retailers and consumers. We look forward to continuing to engage with industry stakeholders as we progress development of the platform over the coming months.”

It’s new decentralized platform, ‘Tracr’ shall be officially launched at the end of 2018.

Tracr is being developed by De Beers along with other five top diamond manufacturers. They are:

Tracr shall also offer the diamonds a unique “Global Diamond ID” which shall hold complete information about the diamond including the 5 C. ir Cut, Carat, Clarity, Colour and most importantly Confidence in the diamond’s source and its green certification. 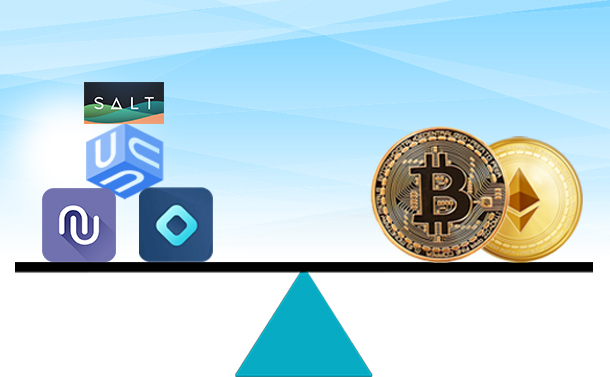 Collateralization of Cryptocurrency: The Dawn Of A New...As more and more early investors are roped into clearing their debts with the help of cryptocurrency that they own,...

Diamonds or precious gems, one can be sure that this mining industry needed an overhaul that was long overdue. While the focus has always been on the diamond industry, precious stones do technically come under the same main category. For which purpose, Fura Gems has become a trailblazer. They have managed to decentralize their mines, its pre store polishing and the final product that is displayed in the store.  Fura Gem’s Vikram Pathak, has been stated to be a staunch supporter of the move on to Blockchain technology. In an interview with Forbes magazine he has stated, “The way this is used for supply chain management, in the mining industry, is that right from the point of mining a stone – in our case a Colombian emerald or a Mozambican ruby – right through to the consumer’s pocket, the stone can be tracked.”

“And the great thing about using blockchain for this is that everything is decentralized – so anyone can go into the ledger, and see the movement of a particular stone, or set of stones. And what that brings to the space is transparency. People can go in and see that if there’s a particular stone where the chain hasn’t acted in quite the right way – maybe there’s a part of the tracking which has been missed – that allows us to question whether the stone is free of conflict, or even if it’s a genuine stone.”

This team has a strong social media game and supply investors with regular updates of their organization on their sites and in their newsletters. Furthermore, they have multiple offices all over the globe including Dubai, Toronto, Mozambique and Colombia. Keep your eyes open for this one folks!

Last but not the least, is ‘Glitz Koin’. This is a team of individuals that are dedicated to bringing about a global open ecosystem for those companies that are a part of the diamond industry. They have successfully launched their ICO and are now in its 3rd stage. They have managed to raise a whooping US $ 18 Million and counting. Utilizing a strong social media campaign by enlisting the help of assorted writers, artists, twitterati and even YouTube Video makers in return for stakes in their Blockchain. We hope that they achieve the goal they have set out to create in the Diamond industry.

There you have it folks! The decentralization of the Diamond industry has officially started to bear fruit. We hope that over time, this process takes over the entire nasty business of Blood Diamonds and give this industry a humane touch that is long overdue.