The potential products that were set to launch in upcoming Amazon’s event are leaked. According to the sources, Alexa has been upgraded enough to give major competition to Google and Apple in terms of sound. Amazon’s Echo works great as casual background music but not for some serious tunes. The latest launch will give Amazon an edge over major brands.

This 6-inch, cloth-shielded speaker has some powerful features including 100W of power, compatibility with stereo pair of Echo speakers, 2.1 sound system, big voice assistant players, ability to add Alexa-powered Sonos devices etc. This speaker has deeper bass in comparison to its earlier version and its woofer is exclusively dedicated to low end.

In general, you cannot pair two Echo devices in stereo mode, but Echo Sub has this feature. It can sincerely pump out some serious tunes and is priced at £255, significantly cheaper than Apple’s HomePod and Google’s Home Max. For now, everything is on papers and we do not know how exactly it is going to sound. So, wait till its official launch.

The name suffices here, a smart wall wart plug that can transport Alexa voice control to any device. With this plug, the need for smart home appliances ceases as the plug itself can control your power switches, bathroom essentials and kitchen appliances including your favorite coffee machine. Also, you are no longer responsible for upgrading your devices as plug can perform it automatically.

The price of this smart plug is little skeptical. As per the sources, the product is listed at whopping £95 ($125), which is much higher than existing smart plugs. The possible reason attributed for such high cost is availability of Alexa connected with the device. However, the real cost will be disclosed only after the official inauguration. 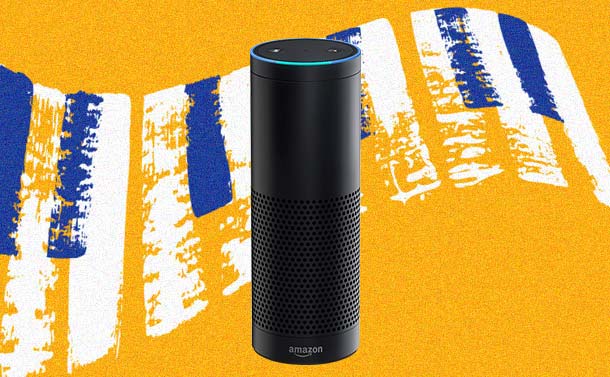 How To Use Alexa To Play Amazon MusicAlexa can be used for booking meetings, scheduled appointments, reminders and more. Did you know that you could Alexa to...

Magic leap one, the most unconventional device currently available in the market has been assimilated into one of the popular games, Angry Birds as Angry Birds FPS: First Person Slingshot. This AR game was designed in partnership with Resolution games.

If you have ever played Angry Bird game on your touchscreen smartphone, then you do realize the struggle of swiping right to left and targeting alien structures and beings with birds in the slingshots. But with FPS with AR headset on, you will set your target with slingshot in hand and destroy enemies in real-time in 3D milieu.

The game structure stays same with exact levels and enemies. Here, you will have a slingshot in hand and colorful birds as stones. Your target is wicked green pigs hidden in stone or wooden structures available in 3D format and every virtual object around you will appear real. Hit the target using your AR slingshots with trained birds.

WHAT MAKES MAGIC LEAP ONE SPECIAL?

With this tool, we are taking a leap towards future gaming industry and eventually, exploring the possibilities of Augmented Reality. Till now, AR was a distant dream that demanded researches and experiments. But the launch of Magic Leap one and collaboration with Angry Birds have made things possible.

A big thanks to Rovio, who considered this as an opportunity and took early steps in this burgeoning market. Resolution Games and Rovio are planning to officially launch the game at Magic Leap’s first developer conference. Till then, all you can do is wait and read reviews about the same.