Discord for Gamers: Know all about it

Home » Games » Discord for Gamers: Know All About It

Discord for Gamers: Know All About It

While playing video games, gamers often face two prominent problems. The first is talking to each other to navigate and plan the path within the game and also overcome the hurdles in it easily. The second problem commonly faced by them is organizing enough people to actually play a proper game. This issue is finally being taken seriously by developers and they are working on creating means to eradicate them. So, if you are a fan of PC games, you must know that coordinating with your friends leads to either accomplishing mission or destroy the enemy. However, this can’t be done at the cost of slowing down your game. The one-stop destination to end all your worries is Discord!

Discord is one of the many tools available to solve the problem of communication while playing games faced by gamers to enjoy their game and ensure that nothing interrupts their experience! Basically, this app is compatible with both mobile and desktop and built around the idea of connecting people who are keenly interested in games. Though it is similar to Skype, Slack and others available, its “servers” distinguish it from them. 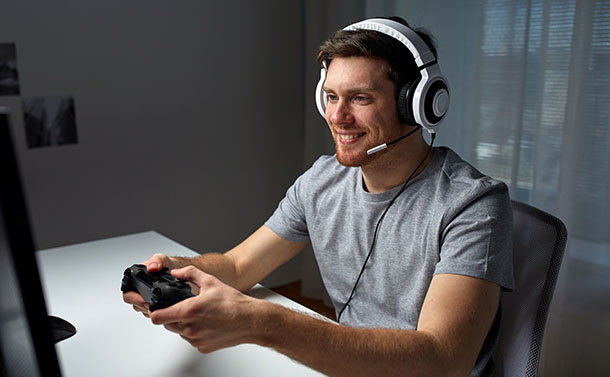 Best Live Streaming Software For GamersSearching for a live streaming software that could help you share exciting game moments? We have covered such top 5...

What are its features?

Definitely one of the best things about discord is its cost! You don’t have to pay anything but you can get seamless experience which will enhance your gaming experience like anything! You can get all your friends install it and play to accomplish countless missions without hassles.

This one has an encrypted server to client communication. With this, it is almost impossible to find your IP address. Therefore, you remain safe from DDos attacks as the developers have left no stone unturned for your security.

Yet another thing which is no less than blessing for gamers! You can always download the android and iOS version of this app and connect with your friends in a jiffy just by @mention. With this, you will easily win most complicated battles of all!

This app is not like others that have boing interface which restricts you from using it. Discord has top-notch chat windows in which sharing images, videos, text and even Gifs is not problematic. This is quite impressive!

Till date we have tools that may help in communicating while playing games but also slow it down! Discord is a miracle with which this problem is solved! The reason behind this is that it has minimum impact on your CPU with which your game remains uninterrupted!

Discord has become extremely popular in such a short span because it has the easiest setup. You don’t need any wired configuration neither any additional drivers. It is compatible with number of platforms for your convenience.

If you are someone who wishes for more power from TeamSpeak, Vent and others but prefer a simpler interface, then discord is your answer! You can even give robust permission in multiple channels that too without too much complicacy!

Unwanted noise is an inevitable part of communication while playing games, but with discord you’ll be able to communicate easily. It uses modern day technology which has noise suspension, echo cancellation and other features which enhance quality of communication!

For gamers finding the one who is in dire need of help is quite difficult! But not with discord! The highly customizable interface of discord helps in identifying who is calling out for help easily.

What are these servers anyway?

Servers in discord are quite popular! Why? Because they are similar to chat rooms in which you can invite people. All you have to do for inviting them is send them a link with which they can join it. What is more interesting in this is the fact that you can not only use these servers to play games but also to discuss other things. People with similar interest can download and create a server with which they can carry out their discussion uninterrupted! They need not be only about games but also about science, conspiracy theories and other controversial discussions also.

In this limiting permission of people is as easy as adding new members and thus you can easily separate the channel and limit the permissions to the users. This makes management of larger groups becomes handy. However, it is equally good for smaller groups as well. You can always get notified about which games your friends are playing and when! It is good for streamers also as it is a one-stop destination for them to interact with all their fans and followers. 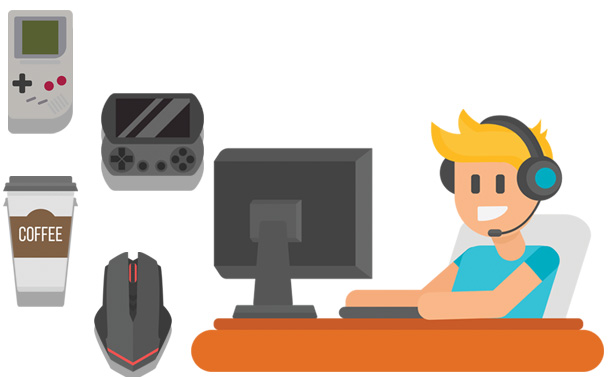 5 Must Have Accessories For GamersIf you are a gamer, you must know the perfect gaming essentials. If you do not choose right accessories, your...

If you are someone who does not mind spending for playing PC games and enhanced experience, you can go for this one as well. All you have to do is pay 5$ monthly or 50$ for a year and you can sign for Discord Nitro. In this you get some additional functions as well such as higher quality screen sharing, bigger image uploads, and others. There’s some cosmetic add ons as well in which you get animated avatars and emojis. You also get Discord tag which follows your name and makes you stand out from the rest. This makes users restless as in future discord may ask for money to continue providing seamless gaming experience!

Well, the team has promised to keep discord free for users. But we don’t know for how long this will continue! We must hope for the best!