Friday Essential: Famous Hackers Behind the Evolution of Cybersecurity

Friday Essential: Famous Hackers Behind the Evolution of Cybersecurity

“There are Good Hackers & There are Bad Hackers. Good ones are known as White Hat Hackers and Bad ones are known Black Hat Hackers.” We have learnt this definition several times but trust us there are some that have become very infamous for the things they have been doing all over the world. Some wanted money, while some wanted fame, so everybody played a crucial role behind the evolution of cybersecurity.

Data Breaches, Cyber Attacks, Illegal Access, Phishing Scams- these terms are something which we hear on daily basis. As more of the world becomes unified with the Internet, the threats continue to rise.

Number of Hackers gained popularity or (may be notoriety) in the last couple of decades. So, we thought why not to put them in a list & introduce you to them and what they did.

Meet the greatest villain of the Internet-  Kevin Mitnick who became the world’s most notorious black hat hacker till date. He came into limelight when he was found involved in breaching the national defense warning system & breaking into the networks of companies like Nokia, IBM, Motorola and others.

During his young adulthood, he begun to use his social engineering skills to make hacking tools which can thwart the punch card systems used in Los Angeles buses.

A featured film known as Track Down is based on his wild journey in cyberspace.

Meet the guy who developed first computer worm on the Internet, based out of his name “Morris Worm” in 1988 for which he was sentenced to three years of probation by the US Court. Also, he is considered as the first person to be charged under “Computer Fraud and Abuse Act”.

Based on several reports the motive behind developing ‘Morris Worm’ was to gauge the size of the Internet, not to hack online or spreading malware.

But an unintended consequence of the code transformed the worm into a virulent Denial of Service (DoS) Attack.

A well-known decentralized hacktivist group, got its start for launching online hacking campaigns for political & social events. Their most remembered targets were- PayPal, Amazon, Sony, governments of the US, Australia, Syria, India and more.

One of the most famous hackers of all time, Dennis Moran was involved in a series of DoS Attacks that took place in 2000, which leads to shut down some of the most popular websites. During his adolescence, he was charged with 7 counts of Class A felonies related to ethical hacking & illegal hacking.

He gained immense notoriety when he was found guilty in breaking into US Army & RSA’s network.

He was also responsible for shutting down Yahoo for several hours in Feb 2000. He died at a young age due to drug overdose.

Gary was the man known for his obsession. He got his first computer when he was 14, in early 90s his friends convinced him to get into cyber world. Initially he used his hacking skills to “Research” about UFO’s.  But soon it turned into obsession!

He attained popularity in the world of hacking, when he illegally gained access to 97 computers belonging to the US Armed Forces and NASA. He was so sanguine about his capabilities that he reportedly left a message to their website as “Your Security is Crap”.

Sources said, if he was convicted in the US he could have faced up to 70 years in prison!

So, these were the most famous web hackers who put the world in awe with their dexterity. Unfortunately, there are lots of people who takes “Hackers” as a negative term. There are several extremely talented people who uses their hacking skills for the greater good. So, it would be great if people try to understand the difference between White Hat Hackers & Black Hat Hackers. 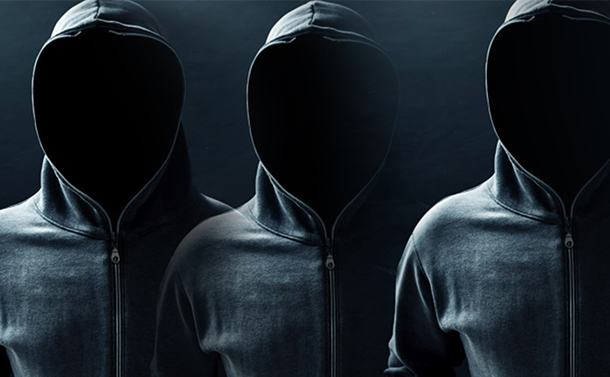 Good or Bad: Hackers & Their TypesWe all have heard about hackers and their activities. Who are these people? There are many types of hackers, the...

Till Then Happy Friday! 🙂