Friday Essentials 5 Fishy Things Your Apps Could Do

Friday Essentials: 5 Fishy Things Your Apps Could Do

We, homo sapiens have become a slave to modern technology and have certainly left our primal, barbaric selves way behind. Everytime we want something, whether to book a ticket, to shop or navigate using a map, we use smartphones. Not only the teen, but septuagenarian also could be seen staring at the screen, scrolling through the social media feed multiple times a day. Technology indeed is addictive. As we spend a lot of time on smartphones, we lean on to it for private conversations, saving private & confidential data and more.

Well, the Facebook debacle was an eye opener, a lot of people were disappointed, some of them even deleted the Facebook account as a result of it. Well, it is right to say, once bitten, twice shy!

However, Facebook is not the only one in the league who claim to secure your data, however could never guarantee it.

We have listed some of your favourite apps which you could never believe be messing with your mind and using data to fool you. Read on!

The Content Bought On iTunes Is Not Actually Yours:

Buying a content actually means that you could access the data anytime you want without any limitations and restrictions. The bought content is yours for a lifetime. However, this is not always true, especially if you have bought the content on iTunes.

This issue was highlighted by a iTunes user Anders G. da Silva, who was surprised when he was not able to see the movies he purchased in the library. When he complained about it, he got a cold response,  “the content provider has removed these movies from the Canadian Store,”

This means the guy who bought the content could not watch them for a stupid excuse.

How irritating, right? To wrap up the matter the guy was provided with a consolation prize, he was given two credits for renting a movie.

Well, this seems not to be a big deal, the guy was Australian, so when the sources checked the Australian store, the guy still owned the movies. However, as he moved to Canada now, he couldn’t access them anymore. So, to access it, all he would have to get  is an Australian address, credit card and switch his Account to Australian account. Then download & store the movies, and get back to the Canadian account. Isn’t it simple? Huh, why these services are called seamless or easily accessible, when can’t even handle their own content? 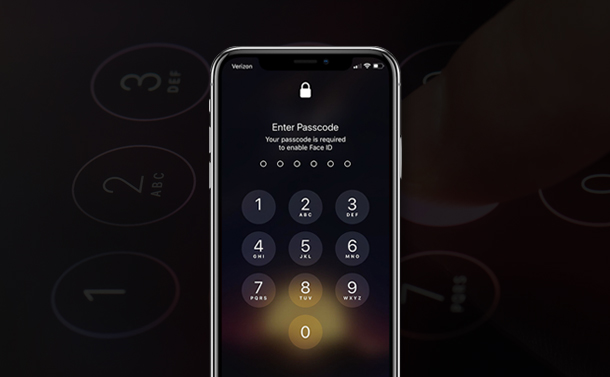 Essential Security Tips For iPhone UsersiPhone is claimed to be the safest smartphone in the world, but you can’t be carelessly using it and fall...

Don’t believe everything you see! Instagram search feed is full of recipes or pictures of culinary decorated so beautifully, you are tempted to try them. We are talking about heavenly food, rainbow unicorn frappuccinos, rolled ice cream with artificial color and more. These images are always picturesque which easily wins our shares, likes as well as comments.

However, not all the rainbow unicorn frappuccinos could make you feel like a princess in fairyland. The restaurants have the pressure to offer sparkly, trendy looking food which could lure the viewer, and get as many likes as they want. The fruity, sparkly ice cream loaded with a lot of syrup and food colours could look great, might trend as well but one can’t be sure whether it will taste good or not!

Might be Instagram thinks that the thing that looks good tastes good, but viewers please think it through, before wasting your money and time on these trendy looking dishes.

One of the trending frauds by Uber drivers to earn a few extra bucks is to soak your seat or dash board with soup or curry  and charge customers for cleaning the stain. It is called the vomit fraud.

According to Uber’s policy, the charges could anywhere from $80 for spilt or vomited drinks to $150 for a “Level 4 major bodily fluid mess.”

This is a solid swindle. But it is unbelievable to think that who would take the pain to spoil their own car and claim passenger threw up all over the back seat or dashboard of the car. The incident has been reported from Tampa, Miami, Los Angeles, Australia, and New York.

Doesn’t it amazes you you to think why the scam is so successful? Do the passengers not check their credit card statement or Uber ride receipt? Even if they check, what could be their excuse, no I was not hurling in the car quite convincible. A customer has to deal with a series of emails and explanation,before they could get their money back, for which they were wrongfully charged.

10 Cyber Security Myths You Shouldn't BelieveWith advance technology, has increased threat to cyber security and so has the myth related to the same. Let’s get...

Apps will never stop to surprise you by the methods they use to victimize you or fool you. If you are a soccer fan, this might come as a shock to you that your favourite app, La Liga, was discovered to be using GPS of your phone to identify when your phone has entered a bar while a Barcelona or an Atletico Madrid game is on.

The app is capable of using your smartphone’s microphone to listen to sounds of soccer being played. If it hears anything, the app is so brilliant that it compares your phone’s location corresponding to a list of neighbouring bars which have a license to broadcast games, informing other institution that didn’t.

Don’t you feel violated? No matter whether this harms you or not, but it definitely is not a good thing.

Just as George Orwell used to keep every citizen under surveillance and never miss the opportunity to torment the protestors. Years after that, in this modern world one such entity monitors everything that happens in your house. Sarcastically, we have brought this wrath upon ourselves. Didn’t strike the name? It is super trendy smart home devices.

Smart Home devices have become friends with abusers, people who believe in domestic violence. According to reports, devices such as Hive and Nest were used to make victims life miserable. These are used to torment them by increasing temperature, playing music too loud or using cameras to spy them and more. Shockingly, the abuser has been kicked out the home and still has the power to torture the victims.

People who getting abused or tortured, go through a mental trauma and are scared for life. That’s why it is rightfully said, “Technology is a useful servant but a dangerous master.”

How could you think for people to accept that smart home devices could become the medium to torment you?

So, these the apps which you never thought could turn out to be so dangerous and deceitful too.

What do you think? If this is the present, don’t you worry about the future? Please mention your thoughts in the comments below.

Friday Essential: Mundane Things You Don’t Need To Do Anymore, Thanks to Technology!