WHAT IS THE CHANGE ALL ABOUT?

A professional photo hosting service SmugMug bought Flickr back in April. Today, major changes under the proprietorship have been proclaimed. One of the major changes means a pressing decline for free users. As per the changes, now the new users are limited to use 1000 pictures on Flickr, the photo-sharing site. Earlier they were allowed to use 1 TB of storage for free.

Flickr in its press release explained while stating the change, “Unfortunately, ‘free’ services are seldom actually free for users. Users pay with their data or with their time. We would rather the arrangement be transparent.”

The announcement makes sense as a server used to store the photos are not available for free. However, the free users possessing more than 1000 photos will certainly not be happy with it.

WHEN WILL THE CHANGE TAKE PLACE?

From February 5th, 2019, free accounts with more than 1000 photos would have their content deleted automatically. Also, the free users with more 1000 photos or videos will be given time till January 8th, 2019, to upgrade to Pro or download the extra content. After this date, the free users with more than 1000 images or videos will not be able to upload any content. Furthermore, on February 5th, 2019, free accounts content over 1000 photos will have the surplus content deleted (starting the oldest photos or videos).

WHAT ARE THE BENEFITS OF UPGRADING?

Flickr is also adding various changes and enrichment to $49.99/year Flickr pro service. The pro customer will get unlimited storage for photos & videos at full resolution, without ads, additional data on how their photos are performing, “premier” customer service, upload video up to 10 minutes duration, along with partner discounts from Peak Design, Adobe, Smugmug and more. 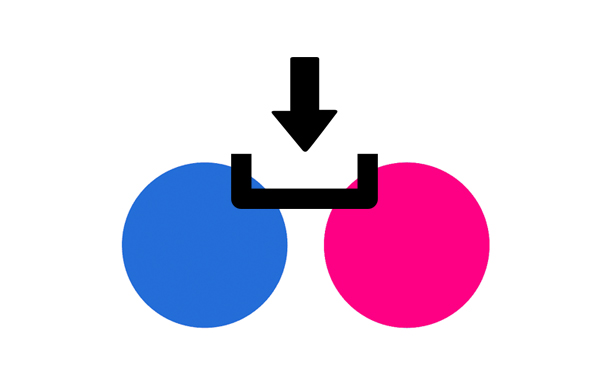 Statistics suggest that the battery life of a new flagship smartphone could be worse than your older smartphone batteries.

HOW DID THINGS COME TO THIS?

No matter, how much mAh battery smartphones come packed with, it is always not going to be sufficient. Chances are the battery life of coming top-notch models could be worse.

It has been proven in recent research studies and several battery tests have shown, that the older models are performing better than the newer ones when it comes to battery. Be it the mighty Google Pixel 3 or stunning iPhone XS, both of them lagged miserably in the battery test.

Phone manufacturers boast all kinds of hacks to enhance battery life, incorporating artificial intelligence, more-efficient processors, and lower-power modes to handle app drain but these test results have shown us otherwise. The lithium-ion batteries in smartphones are hitting a point where they can’t match.

All the blames should be put on rising demands of bigger bezel-less screens and intricated apps and more. Lithium-ion batteries, a rechargeable source also limitations and can’t keep up without being exposed to the risk of exploding.

Having said that, not all of the users would notice the same decline in battery life as it depends upon the usage of their smartphones.

No study or test results could be perfect. The test results finding says that smartphones with big and bezel-less screens with high resolution perform badly. So in order to deal with the battery drainage, you need to keep your screen brightness low, unless you need it brightened. Also, you can stop staring at your screen every time you get time.

Another fact that came into the light is your cellular connection. As the connection is responsible to take you to websites using LTE, this seems to be a big hit to your smartphone’s battery life.

Another hack to keep the battery for a little longer, use Wifi as and when possible and also turn on Airplane Mode when you don’t want to be in reach. Also, you can turn on low power modes as and when you need to save the battery.

On the Contrary to all these test and studies mentioned above, some of the tests suggest otherwise. The newer phones performed better and lasted longer. So, reaching a conclusion that you can’t make a straight statement whether the battery drainage is worsening or getting better with time and newer models.

WHAT ARE PHONES DOING TO DEAL WITH IT?

More battery capacity can make it lasts longer and a lot of smartphone manufacturers are following it already. Samsung Note 9 comes with 4000mAH battery which is more than Note 8, making it last longer.

According to the reports, the battery capacity on a smartphone has risen to double as compared to past.

The point is where’s it going to end! The size of the battery would increase making it and smartphone heavier. And not to mention, adding more risks of it being exploded.

One of the smartphones has a different approach, it has taken the screen technology in consideration, which means, less bright, lower resolution, and lower-quality color. Given the trend, users have to either learn to compromise with brightness and screen technology or they should be provided with a convenient & fast charging. Either increase the watt of a charger or make smartphones compatible with trending ways, wireless charging which seems to be the future option.