Games are here, there & everywhere these days. In mobiles, computers, televisions sets & everywhere. It’s an amazing addiction for millions of people.

Traditional gamers who use to sit alone in room & play video games all day/night long, is all gone. Now we have legion of games at our fingertips. Just Click > Download/Purchase > And All Set!

These top gaming companies who took side of social media to spread their wings have grown tremendously.  Likewise, no other niche has revolutionized the way this profitable entertainment industry did. So, we thought why not to compile all those gaming companies who have contributed their best and have turned into one of the richest gaming companies of the world.

So, let’s read their success stories & know the game changers in their journey!

Let’s look at those top gaming companies who left no stones unturned to release those addicting games that entertained you, stimulated you and helped you hold your own when you got dumped.

Let’s begin our list of richest gaming company 2018 with the most eminent star in the industry, Capcom, Japanese electronic game machines manufacturer & distributor. One of the oldest & best performing gaming company Capcom has been constant to be a leader in the game industry

Games like Street Fighter & Resident Evil set the golden standard for video games. Some of their other successes include Megaman, Lost Planet franchise & Devil May Cry series.

Gaming Phone: Black Shark by XiaomiAnd its finally here! Take a look at Black Shark, the all new Xiaomi’s latest gaming smartphone. Smartphone that will...

Has been around since 1969 and Kagemasa Kozuki is the person behind the name Konami. The company is one of the first producers of amusement machine for arcades. Konami-the richest company in the world also focus on trading cards, toys, slot machines, producing anime & running fitness & health clubs in Japan.

What started as a jukebox rental & repair shop has climbed up as one of the biggest names in gaming industry. The company is popular for creating games such as Pro Evolution Soccer, Silent Hill, Gradius, Metal Gear and more.

You saw this coming, right? The journey of Nintendo is full of wobbles. What started with a playing card manufacturer, has further evolved for producing best video games in the world.

Though last year was not a good year for Nintendo as the company experienced shaky results for the launch of its gaming console- Switch. But as said lots of up & downs skyrockets you to the heights. Nintendo’s recent financial status is totally a different conversation.

It was one of those first companies to get indulge into arcade gaming. Their finest releases in  the electro-mechanical games-  Crown Special Soccer & Periscope is still remembered. Known as a software & hardware company that develops systems & electronic game technology Sega is fully dedicated towards Arcade, video game development & publishing.’

Their other successes in the market are Virtual Fighter, Phantasy Star, Sonic the Hedgehog etc.

It’s a well-known name for gamers. Based in France, this best performing gaming company started its journey as PC Games and now it has evolved to make a place in the list of richest gaming companies. They have their distribution offices all over the world.

One of the major downfall Ubisoft faced was when Electronic Arts purchased 20% of their shares. Somehow, they managed to come out of the muddle and rise in the market with their most prominent games series Watch Dogs, Prince of Persia, Just Dance, Rayman, Tom Clancy and counting.

Established in 1979 since then the company has massively exploded by acquiring most of the popular video game companies including King Digital Entertainment & Infinity Ward. Their biggest success including Warcraft, StarCraft, Call of Duty and many more turning the company into one of the richest gaming companies.

With the initiative to become a huge name in the gaming industry, EA established in 1982 by Trip Hawkins. Before launching the company, Hawkins used to work at Apple.

Majorly focused on sports games, Electronic Arts has won the mind of gamers with its release of FIFA series. What started as just a jest for the company, now has evolved as their biggest success. Apart from FIFA, their popular franchises are Command & Conquer, The Sims, Road Rash, NHL 95 and many more.

When Enix a surviving company got merged with Square a game software division, Square Enix was born in 2003 dedicated to the development & distribution of video games. Based in Los Angeles, the company is famous for producing all-time classics.

Square Enix is one of the best gaming companies well-known for franchises such as Dragon Quest, Kingdom Hearts, Tomb Raider and more. With these Square Enix is undoubtedly rising in the RPG Genre.

Being one of the biggest media giants, Microsoft Studios had to be included in the list of richest gaming companies. Though they were almost last players to enter into the console market, but it didn’t stop them to become of the best performing gaming company out there.

Their best creations are meant for Xbox, Windows, Steam, & windows phones. And the best part is they regularly announces Xbox sale yearly, where gamers can get hundreds of games, Xbox game passes & accessories at great discounts. To know more click here! 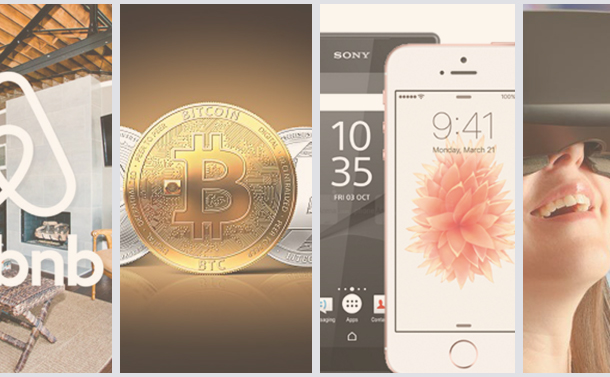 10 Things We Use Daily That Did Not...Things around us are changing at a rapid pace. But we are too busy to even notice them. This attitude...

Known as the largest Internet & technology, Valuable gaming & Social media company- Tencent deals in every major field possible. From having web portals to mobile games to payment systems to e-commerce, the company captivates the largest market among all.

These great stories deserved to be introduced. So here we are winding up our list of richest gaming company 2018.

Thanks to those brilliant mobile game developers who were behind these successful richest gaming companies and introduced games like Battle Royale, Super Mario Odyssey, Horizon Zero Dawn and counting.