Get Rewarded For Browsing The Internet, Says Brave Browser!

Get Rewarded For Browsing The Internet, Says Brave Browser!

A little-known web browser has a crazy idea: The privacy-focused Brave Browser, which was initially designed to offer an ad-free Internet, will now compensate users for watching ads.

According to their recent blog post, Brave browser has launched a new referral program known as Brave Ads that would reward users for sticking around to watch promotional advertisements & videos. Seems like Brave aims to move forward to establish a better market for both consumers and advertisers through its all new native ad platform.

But will it really benefit users? Is it going to be a significant threat to Google Chrome?

The browser has captivated a lot of attention lately. Let’s see what Brave is actually up to?

Similar to standard web browsers, Brave allows users to surf the Internet, run programs/web applications & display/play online content. It’s free to use, remembers site authentication and has a built-in ad tracker and blocker to remove annoying ads on the Internet.

It’s relatively a new entry in the browser world, but its set of features and tools certainly makes it stand out in the league!

What Makes Brave Stand Out From The Market?

If you are still sticking with Google Chrome Browser or Mozilla Firefox for reasons like: (A) Compatibility (B) Extensions (C) Speed (D) Syncing. Then, Brave Browser checks all the boxes for you!

Additionally, now you can earn for surfing the Internet. And you can’t simply avoid the bundle of features it brings for you!

While several browsers encourage users to add third-party extensions to block ads. Brave browser aims to make the process simpler by providing default Ad blocker to get rid of unwanted content while browsing.

As Brave’s built-in ad tracker & blocker feature strips out a plethora of ads, it greatly speeds up page loading times.

Unlike other browsers that track your online activity. Brave comes in corporation with search engines like DuckDuckGo to make browsing completely anonymous & secure.

Brave Browser certainly consumes less data & with its built-in ad tracker/blocker, you don’t require to purchase additional extensions or software to get rid of ads & inappropriate content, hence saves a lot of money.

Getting paid for browsing the Internet is like a dream come true. The company has recently launched a pay-to-surf business model known as Brave Ads. According to this new platform, users would be given an option have to watch advertisements & for each ad viewed a user would receive 70% of the ad revenue share as a reward for their attention.

What Exactly Brave Ads Are?

Brave Ads is basically a digital ad platform for Content Creators, Advertisers & Users to improve the economics and conversion of the online advertising industry. The basic idea behind, is to let brands highlight offerings, promote content, engage users who are really interested in watching ads & at the same time rewarding them for their attention.

What are Brave Rewards?

Brave Rewards can simply be earned by watching Brave Ads. These rewards are received in form of cryptocurrency known as BAT (Basic Attention Token). These bounties are offered to users for their attention for watching advertisements.

The ad-viewing program would be available to Brave desktop users on Windows, MacOS, Linux & beta version for Android users. For each ad viewed, a user will receive 70% of the revenue while the publisher & Brave would keep their change. 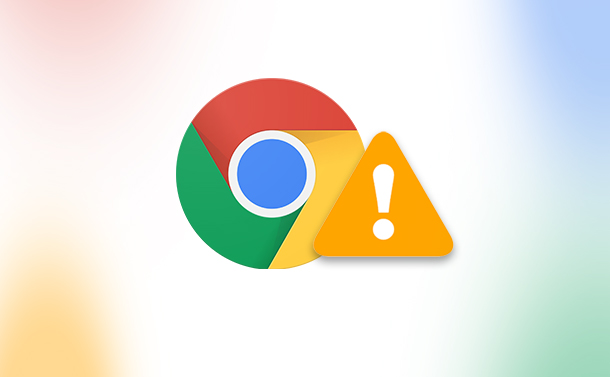 How to Fix Google Chrome Has Stopped Working...Does Google Chrome keep crashing on you with the error message Chrome has stopped working, then follow the steps provided...

How & Where Rewards Can Be Utilized?

Now the big catch is here! As of now, the new digital platform doesn’t allow users to withdraw the earned tokens or use them to convert into cash. It would only allow you to spend your digital tokens on rewarding your favorite top websites, creators or YouTube personalities.

“The idea is for users to get the big revenue share and give back to their top sites and creators, which is what happens by default. Not to make a living, rather to put you in charge of how the Web, starting with your slice of it, is funded.” tweeted by Brave CEO Brendan Eich.

However, several sources even say that soon users & advertisers would get an option to exchange the token for real-world rewards. For like shopping vouchers or at restaurants etc. But it’s not confirmed yet!

Opt-In: It’s totally depends on you whether you want to sign-up for Brave Ads or not. If you do you’ll be presented with ad notifications at the time of browsing.

Privacy: With major focus on privacy and security, Brave Ads are designed keeping in mind the importance of user’s personal data. Brave makes sure that no data is leaked to the third-parties while watching ads.

Ad revenue share: Users would be rewarded with BAT (Basic Attention Token) cryptocurrency via Brave Rewards section in the browser itself.

Brave Browser is designed to block ads by default. However, with the new referral program, users would get an ability to opt in for receiving ads.

To participate in Brave Ads:

Once enabled, a user can customize & configure Brave Rewards to manage the BAT Wallet.

In order to receive the contribution for the content you’ve posted on your Website, or YouTube Channel or Twitch. As a Publisher you have to verify the ownership of your properties with the referral program.

Here’s a link for a Publisher to get verified for the referral program!

Publisher’s Brave Wallet is managed via Uphold a platform for buying & selling digital currencies. That means, you have to connect your Brave Account with Uphold to manage your Brave Wallet!

How It Benefits Advertisers & Users?

Signing up for this new digital platform, would help advertisers to ditch intermediaries who collect huge amount of fees for world-wide promotion.

The current advertising model exploits users as well as the net revenue for creators and publishers. However, Brave Ads are designed to ‘repair the broken digital ad ecosystem that is invasive & riddled with fraud’. What fraud? “Adware” that comes bloated with certain ads, are malicious in nature and are intended to steal user’s personal information for fulfilling advertiser’s interests.

Unlike conventional digital ads which fetches user’s private data, Brave Ads are created to protect user’s data and their privacy!

How will Brave & Its Users Pay Websites?

Company’s financial life is shrouded with utmost privacy. However, it manages to raise $35 M in a few seconds by selling BAT Cryptocurrency to investors. The tokens awarded to users for their attention can be passed to publishers as a support for their site and content.

Once both user & publishers have signed up for the program, based on the user local browsing history, Brave proposes to automatically distribute your BAT tokens to publishers and content creators via Auto-Contribute feature.

How Does Brave Browser Distribute Contribution Among Publishers?

User’s monthly contribution is created using computer algorithms which is calculated on the basis of user’s number of visits on each site, time spent on each page etc. Brave does all this privately and securely.

Once the monthly contribution cycle approaches, Brave automatically sends a notification, to alert users about the upcoming contributions. User can review them and adjust their contributions, before they’re processed.

As interesting as all of these sounds, Brave’s new referral program does have some issues to contend with. It might have a potential to empower users to monetize their time spent watching advertisements & videos. But the prospect of gaining tokens as ‘rewards’ doesn’t seem enough to entice and convince people to view advertisements, especially for a bounty with no practical use (as of now).

Secondly, it’s not even clear by the company, that for how long one would have to watch the ads to earn a considerable amount of BAT.

Will users and publishers would really be interested in holding a volatile cryptocurrency?

Here are some useful links to discover more about Brave Browser:

Slow Google Drive Upload ? Here’re The Methods To Speed It Up!

Top 5 Fixes On How To Fix Logitech G430 Microphone