QUOTE OF THE DAY_ Once a new technology rolls over you, if you’re not part of the steamroller, you’re part of the road.” ~ Stewart Brand

What Is Android 9 Pie?

Android 9 Pie is official name given to Android P. It brings a major change that is switching from on-screen navigation button to gesture-based navigation.

What Features Will Be Available To Use?

The official release announced today by Google, will not include all the features. The missing features are, Digital Wellbeing, usage of dashboard, app times, slices that allows apps to surface some of their functionality into search and a “wind down” setting.

These features will be offered as beta for Pixel users and finally will be released this fall.

What All Devices Will Receive The Latest OS Upgrade?

Android 9 Pie will be released for all Google Pixel smartphones and other OEMs will receive the update in coming weeks.

Devices Who Will Receive Update Later?

Companies that participated in the Beta program like Sony Mobile, OnePlus, Oppo, Xiaomi, HMD Global, Vivo, and Essential, and other qualifying Android One devices, will receive this update by the end of this fall!

How To Install The Update?

Once your device receives update notification, tap it and press the install button.

Once installed restart the device when prompted to start using the latest version. 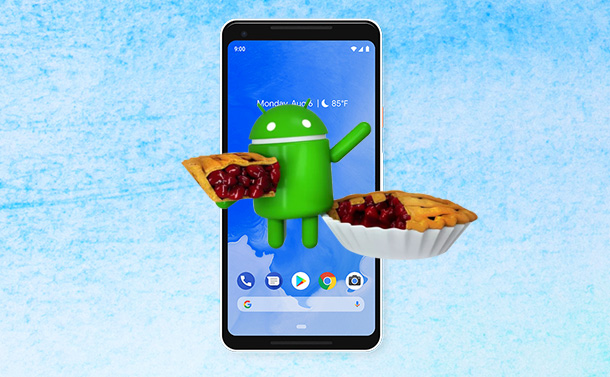 What is Google Pixel 3 release date?

When Is Google’s Next Phone Out?

Google has been consistent about its Pixel smartphone released and this time the rumor is, Google Pixel 3 will be announced on October 4th, 2018.

Unlike other high-end Android smartphones, the new Pixel 3XL will have large bottom bezel and a 4GB RAM. Besides, it will be available in three different models codenamed: ‘Crosshatch’, Albacore and ‘Blueline’. Plus, the two phones will be powered by Qualcomm’s new and powerful Snapdragon 845 smartphone processor.

Who Leaked The News About Google Pixel 3?

The news was leaked by Brandon Lee, This Is Tech Today’s, a YouTube channel as he spotted an ad posted by Google on Famebit about Google Pixel 3 release date.

Famebit is a service that connects ad agencies and marketers with content creators for promotional material, influencers for the purpose of sponsored content.

Who Created The Ad?

It is assumed that Google created the ad to promote Pixel 3 in Canada, with a note: “The Pixel 3 Phone is launching October 4th, 2018.” These speculations are considered true as Google announced previous Pixel in the month of October.

There is no rumor about Google Pixel 3 price but looking at the price of earlier Google smartphone we expect another big leap this year.