Newsletter: Instagram Adds Status Indicator & Google Is Working On A Successor To Android

Newsletter: Instagram Adds Status Indicator & Google Is Working On A Successor To Android

QUOTE OF THE DAY: “Providing career growth and development opportunities for our people is of paramount importance, and that’s why we surround and support our diverse employee team with investments in innovation, technology, training, and a wide variety of programs so they can build great careers. ‘Fortune’ saw that in KPMG, and we’re delighted.” – Lynne Doughtie

Instagram, in a blog post, announced a new feature that would work as a status indicator to let your friends know if you’re ignoring them being online. This status indicator can be seen with a green dot next to an online profile.

WHAT IS A STATUS INDICATOR?

The status indicator in Instagram or any other media platform is a way through which the information of you being online is communicated to your friends or group. Here, you get a green colored dot with your profile picture that your friends can see whenever you’re online. Although, it is a good way to let others know that you’re currently available, it also snatches your privacy by informing others about the same. The problem arises when you’re not feeling like having a conversation but still you can’t ignore because they know you’re online at the time.

The green dot of online is shown in the direct messaging part of Instagram app. However, you can also see the same in your friend’s list at the time of sharing a post with them. Instagram said that “You will only see status for friends who follow you or people who you have talked to in Direct’. It means, not everyone on Instagram can see your online status, it is just the people who’ve been in your touch.

Now that Instagram has called off your privacy of being online without letting anyone know about it, the company took care of it the other way. Instagram respects your privacy and lets you switch off the status indicator, so no one could know if you’re online. To that, just launch the app and select your profile. Then, go to the Settings, scroll down and switch off the “Show Activity Status” option. It would then stop sharing your status with anyone on. However, switching off this option would also disable you to see others’ online statuses. 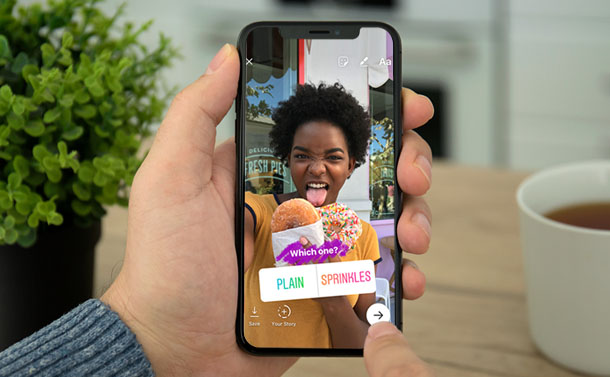 How to Screenshot Instagram Stories Without Notifying User?Sometimes you like a dress or location posted as a Stories by your following and you want to keep it...

Google has been stealthy working on a new platform that would soon be replacing Android on all the Google’s supporting devices including third parties. This new software is named Fuchsia.

Fuchsia is another operating system like Android, which is still being developed by a team of Google It is a capability based program that first appeared on GitHub in August 2016 without any official announcement. What makes Fuchsia different than Android and Chrome OS, is that it is based on ‘Zircon’, which is a new microkernel. Whereas, Android and Chrome OS are based on Linux kernels. Zircon is derived from “Little Kernel”, which is a small operating system for embedded systems. It was designed and developed by Travis Geiselbrecht.

WHEN CAN YOU EXPECT IT?

The team of 100 engineers at Google have been working towards the development of Fuchsia for two years. Fuchsia will soon be replacing Android, which powers 75% of the world’s smartphones. The engineers reveal that they wish to implement the new platform into voice-controlled speakers and other such devices in the next three years. The same is supposed to be implemented on laptops in the next five years.

The reports suggest that Fuchsia may be replacing all the major Google devices in future that include Google’s Pixel smartphones and home speakers. This replacement also includes all the third-party devices that rely on Google’s Android or Chrome OS. According to a Google spokesperson, “Fuchsia is one of many experimental open source projects at Google. We’re not providing additional details about the project at this time.”.