Need to put new blinds for kitchen window or hang up a wall painting on living room’s wall? Well, don’t worry! Before you run to get your toolbox, here’s another essential you just might need that’ll save you all the trouble. We are talking about iOS 12’s new built-in Measure app that will make your give away all third party measuring app on your device.

Apple’s new Measure app uses augmented reality to act as a tape measure or ruler, measuring objects around you with the phone’s camera. With this app loaded on your device you can definitely waive off a little burden off your toolbox. If you love to decorate your home sweet home or workspace on your own then this app can surely motivate you towards “Perfection”.

No more rough measurements and bad angles. Let’s see how we can make the most of Apple’s new Measure app with the help of Augmented Reality. Here’s a quick guide on how to use iOS Measure app on your iPhone or iPad.

As soon as you launch the Measure app on your iPhone or iPad, you’ll be first asked to move your device so that it can analyze the area you intend to measure. You will a white circle icon on screen surrounding an object. Keep moving your phone until you see a tiny white dot on screen.

You can tap on the + icon to measure an object. As soon as the app identifies the object, keep moving your phone slowly till the point where you want measurement to end. If you somehow mess up during measuring process, you can tap the undo button to start afresh.

You can even take a screenshot of measurement by tapping the shutter icon on bottom right corner.

iOS 12’s new Measure app is also capable of recognizing four corners of any object say a painting or wall hanging. As soon as you point the camera, it auto recognizes the object along with measurements. As soon as you tap the + icon you will see all the measurements displayed on screen and also square footage value in the middle.

If somehow you are unable to get the start and end points wrong while measuring any object then don’t be upset. Instead, just use your finger to drag the dot to the right spot for accurate measurement. 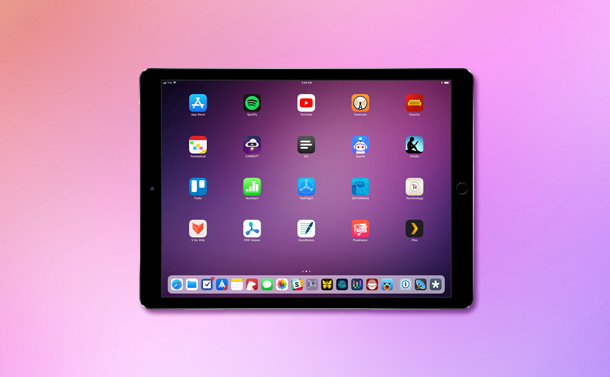 Determine the Size of Objects

With Apple’s new Measure app, you can determine the size of any object of whether how big or small it is. Like you can measure how wide a door is, how big a showpiece is, how long a pipe is etc.

Use Level as Compass

Whether you noticed it at the first place or not, Measure app also has a dedicated “Level” section. We’ve all been using the Compass on iOS, right? This is pretty much the same! With the help of this option, you can see how accurately an object is placed on a surface. As soon as you see two circles line up accurately, the screen will turn green depicting that you’re now good to go.

Just So You Know

As a disclaimer alert, Apple has already stated that the Measure app will only offer “Approximate” results. So, we hope that you don’t rely on it 100%. All we can hope is that the app will get better with future updates. But if you’re not seeking absolute accuracy and just want to use this app for measuring room size, furniture, or backyard areas then it’s a thumbs-up!

So folks, hope you are now through with how to use iOS measure app on your iPhone or iPad. For any other queries or feedback feel free to hit the comment box below.

Once you install iOS 12, you’ll notice a new Apple app called Measure. Using Augmented Reality, this app allows you to measure objects in your vicinity through your phone camera.

So the next time you need a rough measurement of your coffee table, instead of spending 10 minutes scrabbling through drawers looking for your tape measure, grab your phone instead.

Keep in mind, iOS 12 is currently available in beta. As such, Apple can and often does change or remove features. If that happens with the Measure app, we will update this post to reflect any changes.

Every time you open the app, it will ask you to move your phone around for it to scan the area around you and identify objects. Hold your phone so the camera is pointing at the object you want to measure and move the phone around till a white circle with a dot in the middle appears.

Line the white dot up with a corner on the item you want to measure then press the white button with the + sign in the middle of it. You’ll find that often when the app has identified an object, the dot will “snap” to a corner as you get near it.

After pressing the measure button, move slowly up to the point to want to measure and press the measure button again. If you mess up, there’s an undo button at the top of the screen, as well as a Clear button.

Continue measuring another side by lining up the white dot, again, and pressing the measure button. You can repeat this process as many times as you want.

Tap on the shutter button at the bottom right if you want to take a photo of the measurement.

I haven’t quite figured out the right conditions to trigger the app autorecognizing the outlining dimensions of an object and highlighting it in yellow (seen above), but when it happens it’s pretty cool.

When it does happen, a simple tap on the measure button will instantly calculate the length of each segment, as well as display the square footage in the middle.

If the app doesn’t autorecognize the full perimeter of an object, you can still use it for square footage estimates. Just measure each side of the object, and then let the app do its magic.

If you measure something and didn’t quite get the start or end point in the right spot, don’t start all over. You can simply use your fingers to readjust the scale and presto!

Note that the Measure app is in no way meant to be accurate enough to use for making cuts on a piece of wood or important decisions based on size. It’s more of a tool to get a fairly accurate idea of how big or small something is.

In my testing, I found the app to be anywhere from a few inches off in a measurement, to a more consistent half-inch off. I found the closer I held the phone to the start and end points, the more accurate the app became.

Trying to measure how wide my office door is, for example, I started by standing about 5 feet away from it and marking my points to measure. The app came back with 32.5 inches, for a door that’s 36 inches wide. So, I moved to about a foot away from the door and remeasured, and that result was 35.5 inches. I’m OK with that. (You can change between Imperial or Metric as the default by opening the iOS Settings app and finding Measure.)

Copy a measurement with a tap on the label, followed by Copy on the popup. 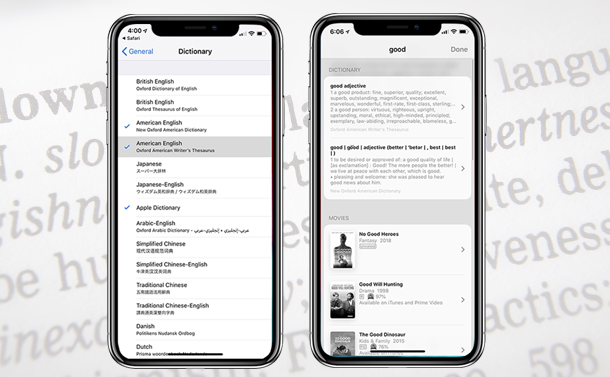 How To Unlock The Hidden Thesaurus On Your...If you often Google to find a word to replace another, then a thesaurus on your iPhone can ease your...

Before I forget, there’s also a level in the new Measure app. It’s the same level that’s been present in the Compass app for the past few years.

Switch to the level by selecting the Level tab along the bottom of the screen, and then place your phone on the surface you want to level. Once the two circles line up and 0 is read in the middle, the interface goes from black and white to green.