Know The Difference Between Private And Public Blockchain

Know The Difference Between Private And Public Blockchain

Just like the unsolved fact whether chicken comes before egg or egg introduced chicken, the same way the blockchain introduced bitcoin or bitcoin introduce blockchain is a mystery yet to be disclosed. Moreover, blockchain and Bitcoin both are growing rapidly and affecting most of the industries.

However, people those who are investing in bitcoin are also not sure about the types of blockchain or the major difference between public and private blockchain.

If you’re blockchain enthusiast or want to gather the knowledge about blockchain and its kind, then you can read on to know the difference between private and public blockchain.

Private blockchain is also known as permissioned work blockchain. This type of blockchain is concerned about managing restricted information and data which can join the network where it can be accessed just like the centralized system. It also limits the access of specific users. Moreover, this blockchain lets the companies allot ledger technology to their employees and workers without sharing the stored data with others.

Ethereum and Bitcoin are the great examples of public blockchain. As Bitcoin was the first-generation application, it should evidence the value which could be progressed across the world without any third-parties such as remittance firm and banking sector.

What Is Common Between Private and Public Blockchain?

Private and public blockchain both have decentralized P2P networks (peer-to-peer). It is the network where both contributors maintain a duplicate of a shared append-only ledger of digitally signed transactions. Both Private and public blockchain gives specific assurance on the immutability of the ledger even for the contributors whose are malicious and deficient. Moreover, both the blockchain maintain duplicate in the sync from a protocol concerned to as consensus. 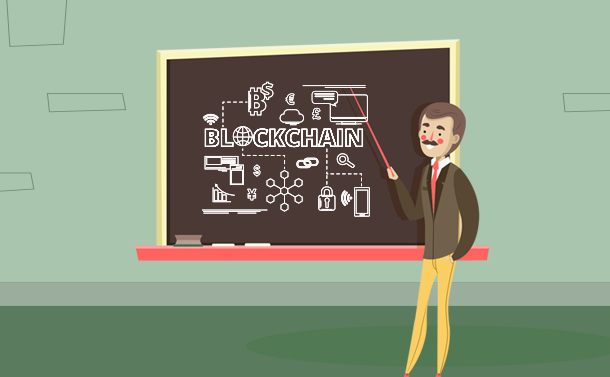 Blockchain Explained: Common Terms You Must KnowStill confused about Blockchain Technology? Want to learn basic Blockchain Keywords? Then this is your destination! This article covers all...

Which Blockchain Is Secure?

Private blockchain concerned about managing and controlling user’s data where users can rely on keeping their private and sensitive information. However, public blockchain is more secure and reliable as compared to private blockchain.

Public blockchain is a completely transparent ledger and decentralized platform where the entire data is absolutely encrypted and kept on various machines.  With these security features, hacking seems near to impossible for public blockchain.

Censor-free is known as public blockchain and exceptionally against to distributed DDoS attacks (denial-of-service). Wherein the private blockchain can be changed by the titleholder and it has more chances of getting hacked as compared to public blockchain.

Private and public both the blockchain protects your data in the encrypted form and offers their best. Public blockchain is secure and provides protection wherein private blockchain comes with the capability to save millions of dollars as it is cost-effective.