Friday Essential: Let’s Discuss Innovation, The Most Iconic Phones Ever Made

Friday Essential: Let’s Discuss Innovation, The Most Iconic Phones Ever Made

“It’s always about timing. If it’s too soon, no one would understand. If it’s too late everyone’s forgotten”. – Anna Wintour

Remember what life was like before you have your clever Smartphone? There were palm-sized mobile phones with unexpected functionalities. And way before that, there were great flip phones with typing capabilities. Cell Phones have truly come a long way in the last fifty decades, what years ago was a “lugging 25-pound portable phone with limited 5-mile range” is now evolved into a multitasking device with no limitations.

Did you ever imagine about a mobile phone that you can fold and put into your pocket? Well, thoughts sometimes turn into reality. The long-rumored foldable Samsung Galaxy is no less than an innovation at the moment. Though it’s rare to see a truly remarkable technology these days but after several years of undelivered promises, such a technology is finally set to enter the market.

So today for Flashback Friday, let’s remind ourselves for all the mobile phones that at some point we all were obsessed with.

Mobile Phones are so ubiquitous in our culture that we totally forgot how they came to be. So, here we take a look back to the most iconic phones ever made. Some came into limelight and quickly faded while some changed the mobile phone industry forever.

It’s true what they say, you can never forget your first Nokia. It is absolutely the most iconic phone brands of all time. There was actually an era when Nokia 3310 was as ubiquitous as the iPhone is today. Moreover, it was known as the ‘practically unbreakable’ phone of all time. Technically, it features 2MP camera, a brick battery which we all crave today, a headphone jack (wireless support via Bluetooth) and surprisingly people could use Twitter and Facebook app working very nicely. And how can we forget the iconic game, Snake which made our childhood all the more wonderful.

The most innovative Android ever made for people who are prone to destroying their phones was Sony Xperia Z. It’s a pretty phone in terms of hardware and design, has 5-inch bigger screen, great battery life, amazing camera, and has all required software and apps.  And remarkably it was water-resistant, which was simply a great step ahead towards innovation and advancement. 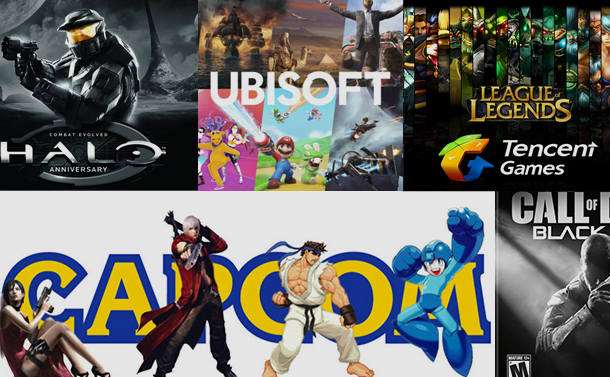 Friday Essentials: 10 Biggest Gaming Companies That Just...From the evolution of arcades to PC games to consoles, gaming industry is growing enormously and shows no signs of...

Before touchscreens and digital keyboards were in vogue, it was all Blackberry and its steadfast QWERTY keyboard. Though it was not the first Blackberry model, it was unequivocally the first of its kind, which brought monochrome screen, navigation wheel, and AN integrated speakerphone. It was the first device to offer integrated voice-calling.  And how can we miss the first-time introduction to ‘BlackBerry Messenger’ which added charm to this handset.  The phone was also listed under TIME’s top 100 gadgets of all time at place number 62.

Here comes our very first Android device- HTC Dream (also called T-Mobile G1) to run Linux-based OS. The device featured a slide-out keyboard, tracking ball and 3.2-inch TFT capacitive touchscreen. Despite its questionable design, the company managed to sell more than a million units in the first six months of its launch. Later it was developed and purchased by Google and had features like 256 RAM, 1150Mah battery and Bluetooth, Wi-Fi, Android 1.6 Donut etc. and within a span of a year, it became one of the most popular devices in the US and also landed at the 5th place in terms of a number of units sold.

Owned by a Russian company, YotaPhone was a unique device that supported dual-display (front & back). Equipped with two screens where one was traditional and other was based on electronic paper technology. The phone featured 4.3-inch LCD display, 1.5 GHz DUAL-CORE Krait processor, 2100mAh battery, Android 4.2 Jelly Bean and was primarily introduced to easily observe notification from both front and back. Though this new archetype in smartphones was not much success but it’s still a thing people would like to use today.

If you bought a smartphone at some point in the mid-2000s, you will definitely remember Motorola FlipOut that was not as technologically advanced but did have amazing design and form factor. The first-ever smartphone to have a square, swiveling design with playful form and QWERTY keyboard. It comes with clever voice-quality, weighs 4.2 ounces and external noise rejection is great. The smartphone was best known for hardcore network buffs, as it integrated Facebook, Twitter, MySpace and all the popular music players of that time. The wacky design was intended to appeal teenagers; however, it didn’t work out well because of too small to comfortably use.

Nokia 7600 was actually designed to break the mobile phone norms. Touting a futuristic design, Nokia 7600 was an epitome of how quickly trends should change. The device has a shape like a teardrop which was damn tricky to use and was certainly very underpowered to be called a 3G Mobile Phone. The model claims to work up to 2 hours and 20 minutes and has 350 hours of standby mode. Talking about the camera and picture quality, Nokia 7600 came with a 65k color screen which was certainly a huge upgrade for Nokia and its competitors.

Came in 1999, Ericsson T28 was taken as the slimmest phone during that era. Weighing up to 83 grams with dual-band GSM compatibility and capacity of storing 250 contacts. It was the first mobile device to use lithium polymer battery. The handset was loaded with features like voice dialing and Bluetooth dongle. Talking about the specifications, the device was equipped with pretty functionalities WIFI, GPS, WAP browser, email client and also music playback. It even had interesting accessories such as QWERTY Keyboard, MP3 hands-free and Bluetooth phone adapter.

So, these were some of the best breakthroughs throughout the history of mobile phones.

The timeline of Mobile Technology is much more extensive than we can assume. Though current years have not been so revolutionary, but hopefully 2019 offer some exciting bold innovations that simply changes the world around us. What do you say?