Microsoft has been working on improving Edge for years. With Google Chrome, and Firefox covering most of the user ground, it is hard for other browsers to hold on. With the launch of Windows 10, Edge was introduced. The interface and look of the browser were better than IE, still, it failed to get recognition on an expected level.  Even after this, Microsoft has again taken the initiative to work on making Edge more user-friendly and popular. Let’s see how!

Microsoft is using Chromium open source project to rebuild Edge. Same project on which Google Chrome is based on. Well, not only this, but Microsoft has also planned to utilize the same naming scheme which is used by Google for Chrome development.

Microsoft is coming with  Canary and Developer builds, whose preview builds would be updated every day and every week, respectively. Both of them can be installed beside the old Edge and with each other as well. These are available on  Microsoft’s new Edge insider site.

This time Microsoft has gone to lengths to make it tick. With the base of Google’s Chromium open source project, it is expected to perform better than the past. 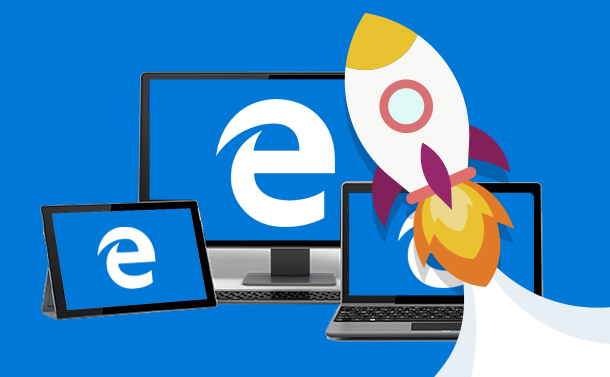 How to Speed Up Microsoft Edge For Windows...Facing issues with Microsoft Edge Browser? Is it not responding to your clicks? Recently, many users are reporting that Edge...

How Is It Different From Old Edge?

Microsoft has stressed on basic details such as safety, browsing and extension support for an early version of Edge built on Chromium. The new Edge browser is running well with support for current Chrome add-ons.

Joe Belfiore, corporate vice president of Microsoft’s operating systems group, said in a statement, “In these first builds we are very much focused on the fundamentals and have not yet included a wide range of features and language support that will come later. We look forward to people starting to kick the tires and will be refining the feature set over time based on the feedback we receive.”

Microsoft seems to be focused on fundamentals, which is great as good user experience mainly depends on it. The Chromium powered Edge seems to be stable in preview however, it is recommended to not keep your hopes high.

With changes in progress and in the pipeline, it seems that Microsoft has a long list of things planned for Edge. The builds released today are just for English 64-bit Windows 10. Soon it said to come out for Windows 7, Windows 8, and macOS as well. These builds released are mainly for developers.

There is no set date when the company will release it on the public platform. However, with this little sneak peek, the excitement level of users has gone up. Let’s wait and watch how the new Chromium-powered Edge browser will perform.