5 Most Common PS4 Issues Along with Their Quick Fixes

5 Most Common PS4 Issues Along with Their Quick Fixes

Playing games on PS4 happens to be every gamer’s fantasy! It is one of the best gaming consoles one can have which offers a remarkable recreation experience. PS 4 can keep us glued to our couches all day, without blinking eyes for hours. No matter how many games you download on your smartphone but playing games on a Play Station is a whole new level of entertainment.

PlayStation 4 is the current generation of gaming consoles by Sony that gained huge popularity amongst users all across the globe. But not every gadget is 100% perfect, right? Since PS4 was launched, a lot of common issues are being faced by users. Sony released new bug fixes and firmware updates every now and then to resolve these issues, but it is still not completely immune from annoyances.

Let’s hear em’ out one by one.

Yes, this is probably one of the most common PS4 issues, that a lot of users have complained about. The blue indicator lights on gaming console keep on blinking and this definitely gets on our nerves. It probably indicates that there’s some kind of malfunctioning in hardware and something is wrong in the background.

Here are a few things that you can try to fix this deadly blue indicator light blinking issue.

Update Firmware: The most basic things you can try is updating your TV’s firmware. If you own a Smart TV, then check for any latest firmware updates in Settings. Then update your television with the latest firmware version for a smoother gaming experience.

Reset Console: Hard reset option works like magic on almost every gadget. To reset your PlayStation 4 console, tap and hold the main power button for a few seconds until it finally shuts down and you see an orange light. Now, again restart the console normally as booting PS4 like this might fix most of the common issues.

Disconnect Power Cord: While everything is plugged ON, try disconnecting the main power cord of PS4 until it finally shuts off the gaming console. Plug it back after a few seconds and see if fixed the blue light blinking issue. 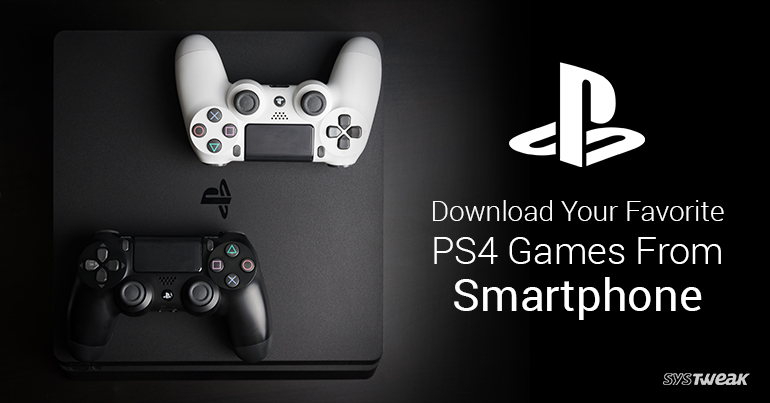 This is probably a more serious issue than the blue LED indicator light. If the red LED light of your console is continuously blinking it indicates a serious hardware fault or overheating issue.

To fix this, you should immediately turn off the power supply of your PS4 and give it some rest for a while. Also, make sure that your PS4 has well-ventilated surroundings so that it doesn’t get affected by heated room temperature.

If the HDMI port or cable of your PS4 console is damaged, this will interrupt the audio/video playback hindering your gaming experience. To fix this you can get the HDMI port checked at a nearby Sony store or buy a new HDMI cable and see if there was an improvement in playback. Try different HDMI cables and test where the actual issue lies.

Does your PS4 console keep getting disconnected again and again? This majorly happens when the Play Station Servers are jammed or overloaded by multiple active users. The only possible solution to fix this is to wait for a while and then again try re-connecting. Also, if you are facing connectivity issues consistently, then you can head on to Sony’s official website and try to download the firmware from any other alternative source.

Running Out of Storage Space

If you own a PlayStation 4 Pro, then you’re quite lucky as it comes with a 1 TB storage capacity. But rest all PS4 variants usually support a 500GB internal memory space which quickly gets occupied with games and other data.

To fix this issue, you can try connecting an external hard drive as an extended storage option so that you can enjoy playing your favorite games without worrying about storage space.

How To Play PS4 Games On PC/Mac Using...Did you know that you can play your PS4 on your Mac or PC using remote play? Yep,you can now...

If you’re a PS4 user, then we’re sure you must’ve experienced these annoying issues with your gaming console. We hope these quick fixes of most common PS4 issues will help you in overcoming these troubles so that you can make the most of your gaming experience.