Earlier this week Microsoft started distributing the Windows 10 October update known as version 1809 to every update checking Windows user. The company has now halted the rollout due to heavy complaints and reports stating data loss.

WHAT DO REPORTS SAY?

Soon after Microsoft had rolled out the 1809, users came back complaining that the new update deletes their personal files. As soon as the reports started to come in, Microsoft stopped the rollout for users to download. Moreover, an official advice is also floated to users who have downloaded the update but hasn’t installed it, to not install it at all. Although, the update was never forced over the Windows Updater and was only available if you would search it.

According to many testers, the bug does exist, but the reports sent to Microsoft Windows Feedback Hub and Windows Insider beta testers, the reports and screenshots are not clear, which makes it hard to pin down the root cause of the problem. However, it is certainly too late for those who’ve lost their data. Experts suggest employing all the backup tools and recovery programs that may help retrieving the ship that has sailed.

WHAT LEAD MICROSOFT TO THIS SITUATION?

Sources revealed that rolling out version 1809 over the 1803 was very unusual for Microsoft. To utter shock, Microsoft did not release the new update to the Release Preview ring, where testers over the world get a chance to get their hands on. In short, people upgrading from version 1803 to version 1809 did not receive adequate testing anyway. Now everything that could be done is to suspend the rollout of the new update. Microsoft writes on its support page, “We have paused the rollout of the Windows 10 October 2018 Update (version 1809) for all users as we investigate isolated reports of users missing some files after updating.” 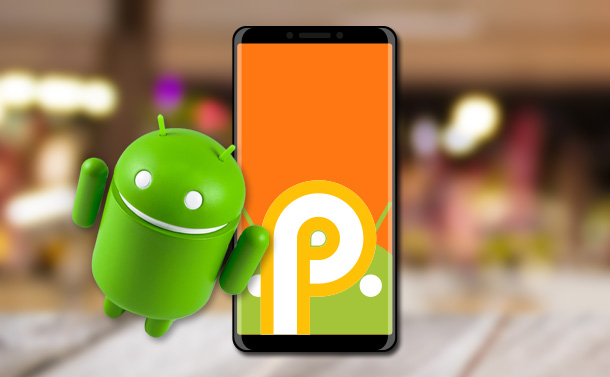 How To Flash “Android P” On Your Pixel...Android P gathered attention after the announcement of its developer preview. The blog will help you flash the Android P...

Now that it is time for the third annual Google hardware event, the company looks prepared to introduce its flagship product, the Google Pixel 3 along with a few other devices in just a few days.

WHAT’S SO SPECIAL ABOUT GOOGLE PIXEL 3?

Now that third annual Google Hardware Extravaganza is on October 9 2018, Google seems to be prepared to have its flagship product, Google Pixel 3, launched. Although, Pixel 3 is considered as the worst kept secret of tech industry that has got more than twenty leaks since June. Moreover, Foxconn or/and Google lost an entire box containing pre-production Pixel 3 XLs. And, these units are available for $2000 in Ukrainian black market.

However, the controversy doesn’t impact the aura that Pixel 3 is carrying. The device is expected to have a Snapdragon 845 processor with a 4GB of RAM and 64 & 128 GB of internal storage. As far as the display is concerned, Pixel 3 XL is going to be equipped with a 2960X1440 OLED. The battery would stand somewhere around 2900 mAh, which is sufficient. And, both the variants would have stereo speakers but won’t have headphone jacks.

WHAT OTHER PRODUCTS CAN BE EXPECTED?

As the hardware event is approaching, Google Pixel 3 isn’t the only product that is launching. You may expect to have Google Home Hub, which is Google’s smart speaker with smart display device for home users. Also, the popular Google Pixel Slate may also be introduced that can double as a laptop. However, one thing that everyone was waiting for, the Pixel Watch is sadly not going to be a part of this event.