Pixels Strike Back: Best Retro Game Consoles To Buy in 2021!

Pixels Strike Back: Best Retro Game Consoles To Buy in 2021!

“The new Castlevania Lords of Shadow looks awesome as hell, but can your character moonwalk through the entire game?”  ~ Anonymous Video Game Fan

Video games today have transcended the laws of entertainment, with incredible visual enhancements and engaging stories that could put Hollywood to shame. Moreover, with the inclusion of VR gaming we have certainly left the humble days of Atari’s Pong, far behind.

The current era of video gaming is too awesome to handle for modern gamers, but none of the games today can even hold a candle to replay value offered by retro video games. This sounds like a perfect recipe to ignite a flame war, but anyone who grew up during the 80s and 90s would know of the time when 8-bit and 16-bit video games reigned supreme. And with retro Nintendo consoles making a comeback, it is neigh undeniable that these classic game consoles never truly went out of fashion.

Therefore, it would make total sense for any old school gaming fan to get their hands on these retro gaming systems. But Nintendo isn’t the only choice gamers have when it comes to old game systems. In fact, there is quite a variety of these consoles that you can opt for. To make things simple for you, we’re listing down the best retro game consoles that you can buy in 2020.

The console that spearheaded the retro gaming movement, NES Classic Mini is certainly a steal for anyone who likes to revisit the best of 8-bit era gaming. It’s North American version includes 30 games from the NES library including all-time classics such as Castlevania, Double Dragon 2, Super Mario Bros trilogy, Ninja Gaiden, Metroid, Zelda, Super Contra and Pac Man etc. What’s better with this console is its ability to play all 8-bit games in 720p HD alongside save state support. 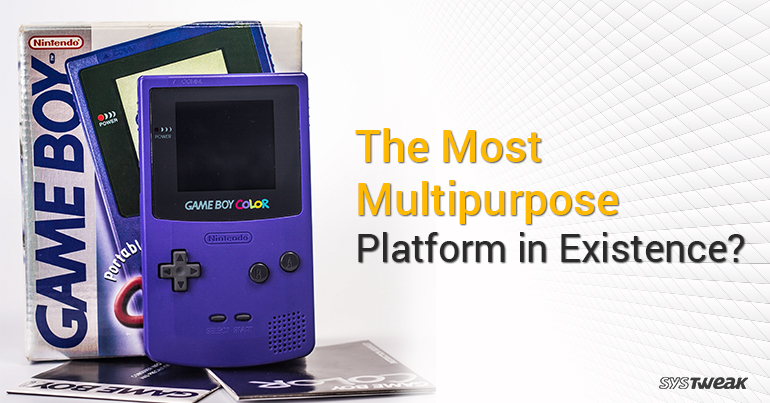 Nintendo Game Boy: A Smart Device Before Smart...Sure Nintendo Game Boy looks primitive to modern gamers, but did you ever think about its immense capabilities? If not...

After the surprise hit NES Classic Edition, Nintendo surely realised the potential in retro game consoles. And presto, the beloved 16-bit SNES Classic Edition was launched. This console not only came with some of the best titles from the 16-bit era, but also fixed several woes that mired the aforementioned NES Classic from actually becoming a classic in its own right. This also included 2 SNES controllers instead of just one and the ‘save and rewind’ feature that allowed you to rewind your progress to the saved suspend point. SNES Classic includes titles such as Super Street Fighter 2, Super Castlevania 4, Super Punch-Out, Contra 3, Earthbound, Super Mario World, Super Metroid, Mega Man X and Donkey Kong Country etc.

Although not a lot of current gen gamers might be aware of the awesomeness of Neo Geo, their library can be enjoyed on the not-so-bad NEOGEO Mini. Unlike other retro video game consoles, NEOGEO Mini comes with its own in-built screen and attached controller, that looks like a miniaturized arcade machine. This not only makes this console perfect for portable play, but you can also connect this to an HDTV with provided HDMI slot. Additionally, it also provides two controller slots, in case you want to plug-in Neo Geo controllers alongside save state feature accessed anytime by pressing START and SELECT together. This retro console includes 40 Neo Geo titles including, Fatal Fury, King of Fighters, Sengoku 3, Metal Slug, Samurai Shodown, Art of Fighting, Last Blade and several more to keep you engaged.

Unfortunately, Sega is still not ready with their official Sega Genesis Classic game console. However, their library can still be enjoyed via their Genesis/Mega Drive Classic. Although this is not an official product and has some issues with compatibility, it offers both 81 in-built games and a cartridge slot if you have old Sega Genesis/Mega Drive games. Even if you don’t have old cartridges, the in-built library includes nearly all the beloved titles you want. With names such as Golden Axe, Shinobi, Mortal Kombat, Shining Force, Sonic the Hedgehog, Altered Beast and Comix Zone, it’s a definitive must have for nostalgia junkies.

7 Things Modern Gamers Don’t Have to Worry...Old-school gamers sure went through a lot of annoyances and troubles when playing their favorite games. Read this article to...

Fronting the world of video games with currently reigning PlayStation 4 Pro and talks about PlayStation 5, not a lot of people might want to associate Sony with retro video games. But looking at how their games looked on PS1 they can certainly be considered as a milestone in video game graphics. Therefore, it would be totally wrong to ignore the ‘retroness’ of the original PlayStation and totally get our hands on the Sony PlayStation Classic this New Year’s Eve. It contains 20 pre-loaded games, with an option to customize the library during purchase. The pre-installed games include Crash Bandicoot, Resident Evil: Director’s Cut, Metal Gear Solid, Tekken 3, Final Fantasy VII, Syphon Filter and Grand Theft Auto etc.

This might sound odd and cheap to a lot of video game purists, but your Windows computer could fit the entire retro video game library comfortably at your fingertips. You can find plenty of emulators for NES, SNES, Genesis, Neo Geo and PlayStation that can be used for free. Similarly, you can also download any game ROM you want from plenty of websites that make them available for free. Listed below are the best video game emulators you can use for free.

Although, the last one in the list isn’t really a console, it is one of the easiest and quickest way to relive the good old times with these video game classics. Nevertheless, if you’re a purist like us and want to actually play games like the old days, then you should certainly get yourself one of these retro game consoles mentioned above.