PlayStation 5 Coming Soon: All You Need to Know

PlayStation 5 Coming Soon: All You Need to Know

PlayStation—This single term is enough to pump up the adrenaline rush of every dedicated gaming freak! The legacy of Sony PlayStation has been going on since long and we still can’t get enough. So, the good news is that Sony’s key architect person Mark Cerny recently announced that PlayStation 5 will be rolling out soon. Did your heart just skip a beat? Yes, we can feel you!

Sony’s latest all-new PlayStation version will be coming soon, although we’re not yet sure of what the naming convention of this gaming console will be however yes, the release is confirmed. Sony is currently working on this latest version of PlayStation which is power-packed with a bombardment of game-boosting features. Yes, we know you can’t hold your excitement so in this blog post we will be discussing all of PlayStation 5 features, expected release date, rumors, speculations and almost everything that you need to expect.

PlayStation 5: What All to Expect?

PlayStation 5 will be every gamer’s living fantasy! It will include some promising array of feature like 3D audio, 8K graphics, lightning fast SSD’s, compatibility with existing PS gaming consoles, so what more do we need, right? In simple parlance, PlayStation 5 will be an upgraded version of PS 4 which already was the company’s biggest hit.

Let’s discuss a few of PlayStation highlights in detail.

It has been officially confirmed that this latest version of PlayStation will be supporting 8K graphics that will offer a phenomenal gaming experience. Along with this, Sony has also put special emphasis on 3D audio which acts as an added plus. With 8K graphics and 3D audio, the gaming experience will definitely get better on both headphones and television.

Are you ready to play your favorite games on this amazing 8K high-resolution display?

Another notable change that you will experience along with PlayStation 5 is faster SSD’s that have replaced the hard drives. Shifting to SSD rather than hard drives seems like a big change and a huge upgrade that will overall improve your gaming experience. PlayStation 4 still uses a mechanical hard drive, so this will be one major difference that will make PlayStation 5 exceptionally unique from existing gaming consoles. 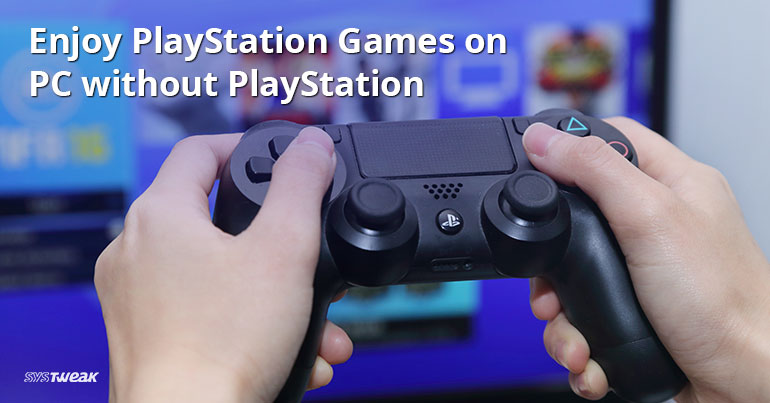 How To Play, PlayStation 3 and 4 Games...To play your favorite PlayStation games on your PC you just need a simple app name Sony’s PlayStation Now. Using...

If you already own a huge collection of PS 4 games, don’t be disheartened. The latest version of gaming console, PlayStation 5 will also support backward compatibility for PS4 games. This is only possible because, both the gaming consoles have a similar architecture that is required to run games. A unique feature called Ray Tracking will allow PlayStation 5 to support PS4 games making the transition easier.

As of now, there’s no set date of PlayStation 5’s release. So, for now, we have to wait for a while or maybe a little longer. As far as rumors are concerned, it is somewhere expected to release in 2020. PlayStation 5 looks like a major leap in the gaming industry, especially for Sony. So, whether it’s 2020 or 2021 we’re waiting for this gaming console to be officially out as soon as possible.

Here is a brief list of PlayStation 5 features, PlayStation 5 release date and everything that we’ve heard so far. So folks, how excited are you about PlayStation 5’s release? Do you think PS5 will give a tough competition to PS 4 Pro or will it be a tipping point for Sony? Only time will tell! Watch this space for more such updates. We will keep you posted on almost every news about PlayStation 5.