Religion: The Latest Kid On The Blockchain

Home » Blockchain » Religion: The Latest Kid On The Blockchain

Religion: The Latest Kid On The Blockchain

It is said, there are 2 things one must never discuss in polite company. One is politics and the other is religion. That being said, not for a second would one imagine either of the above-mentioned topics coming up when discussing Blockchain technology.

The latest buzz on the wire is of religion being introduced on a Blockchain. While there is no mention of any god or any entity in which this new age religion shall pray to, there isn’t an alter being erected in the name of Satoshi Nakamoto. What this new religion on the blockchain basically is logistics. The basic idea surrounding this religion is to eliminate the requirement of faith to get a governing authority. The brainchild of Matt Liston, who is the ex-CEO of the Blockchain project Augur, comes a religion different from all others. ‘Zero Ex Omega’ doesn’t have a figurehead at the helm. There is no Pope or Dalai Lama. What it believes in is the power of its followers. An average follower can only believe in things mentioned or preached by the religion head but has no say in deciding the same rules that they have to follow!

This Blockchain aims to change the structure of religion and how it is practiced. Accountability will not be a one side game. From the donations that the religion receives in the future, to the art that they shall sponsor (similar to the way the church commissioned art from famous artists in its many chapels) can be tracked through its Blockchain. “The store value of cryptocurrencies is solely dependent on how much other people believe they should have value,” Liston said. “It’s in this feedback loop of belief that operates like a religious system” he further added.

One of the most prominent and staunch supporters of this religion is Avery Singer, an artist. She has created a structure of a narwhal for focusing one’s prayers. “We have this avatar I’ve created who is a narwhal with a doge head, a beret, tattoos, an infinity tail, an Ethereum logo,” said Singer. “In this religion, the people participating and involved could essentially vote and continuously change the structure and nature of it,” added Singer when questioned about the reason for supporting this religion. 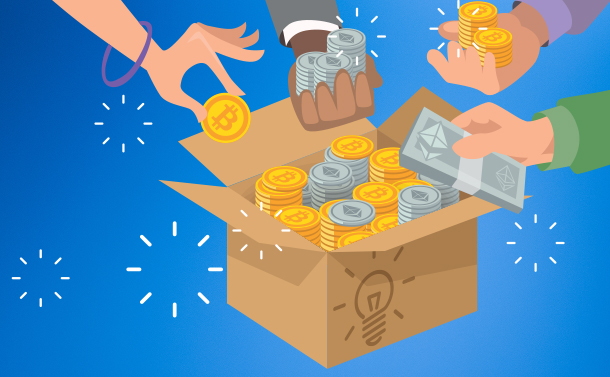 Tokenization: The future of Blockchain!If you’re a blockchain enthusiastic or newbie who wants to gain the knowledge about the platform and what’s there in...

Based on the Ethereum Blockchain, this religion hasn’t yet released any white paper or any algorithm on its Blockchain. What it has going is a ‘Flame Paper’ that has been kept closely guarded between the 40 something followers. There is claims that the whitepaper and all the details shall be released soon, it is quite disheartening for this writer to see religion being incorporated to cash in the hype of Blockchain. Pretty sure that real Satoshi Nakamoto would frown on the same.