Say Hello to Sony Aibo—Coolest Robotic Dog of this Millennial

Say Hello to Sony Aibo—Coolest Robotic Dog of this Millennial

“Dogs are not our whole life, but they make our lives whole” ~ Roger Caras

Whether you’re out on a first date or meeting somebody new, they always tend to ask one question first, that are you a dog person or a cat person? Yes, we can all relate with that! So, if you’re genuinely a dog person who can happily spend all day with your adorable pet dog, here comes the good news.

Say hello to Aibo, Sony’s robotic dog that can be your all-time favorite companion plus your personal assistant. Yes, that’s right! This custom designed robot dog can be one of the coolest toys that you can own and can keep you entertained throughout. It is one great effort by Sony of designing this robot shaped dog shaped robot packed with artificial intelligence support, which is definitely something that you’ll fall in love with.

Here are some of the best Aibo features, specifications, price and everything else that you should know about this coolest robotic dog of this millennial.

What is Aibo Capable of Doing?

He walks, he barks, he whines, he growls, and yes, he has a pair of cute little paws too! What more do one can ask for, right? This endearing cute little robotic pup is a dream come true for every die-hard dog lover! And it is definitely a lot more than just a toy. With Sony Aibo, you not just get a personal companion but also an advanced bot that is capable of meeting all your needs. Like we said earlier, Aibo with the help of artificial intelligence caters to all your requests and commands while making a personal connect with you, so that you will literally forget that it’s a robot and not an actual dog. 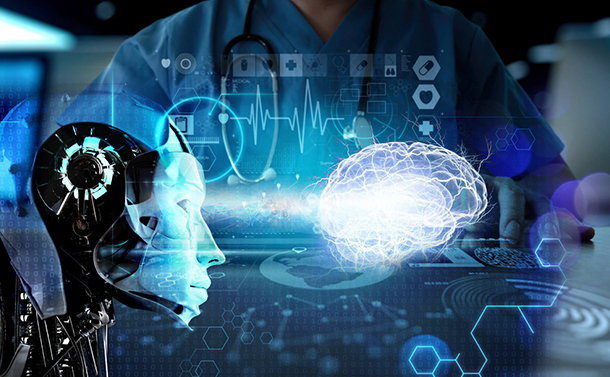 Machine Learning Be The Life Saving TechnologyMachine Learning’ s contribution towards Healthcare Sector is marking headlines these days. From diagnosis in Medical Imaging to latest developments...

Aibo’s history goes a long time back! Sony first released Aibo robot in 1999 but this project was discontinued in just a few years. And now Aibo’s latest variant which is called ERS-1000 is released which is technically Sony’s sixth generation of robots.

Let’s take a quick look what Aibo is made of internally and what makes this tiny robotic dog so awesome.

Currently, Sony Aibo is only available in the US and Japan regions and the basic variant will cost you around 2899$. Aibo is available in two attractive color models, one is white and silver, and other is white and brown that looks just like a beagle.

You can also choose to buy additional accessories like dice, paw pads, AI Bone for your robotic dog from Sony’s official site via this link.

From keeping you entertained to giving your kids a good company while you’re away at work, Aibo can fit in well in your family. Sony has designed Aibo in a way that it delivers more real-like experience rather than showing off robotic skills.

Aibo can certainly bring a vibe of warmth and joy in your life and can adapt in your home’s environment like a family member! So, how excited are you take this cool AI featured robotic dog for a spin? Feel free to share your feedback in the comments box below and let us know how you feel about owning Aibo.