Someone Stole from Google and Facebook, and It’s Irony Hitting Them Back

Home » Tech News » Someone Stole from Google and Facebook, and It’s Irony Hitting Them Back

Someone Stole from Google and Facebook, and It’s Irony Hitting Them Back

In a recent incident, a Lithuanian guy defrauded two of the biggest giants of Silicon Valley, looting them of their “hard-earned” money. This man, named Evaldas Rimasauskas stole a massive total of $122 million from Google and Facebook, and we just can’t think of it but as irony.

Yes! Well, this wasn’t some Robin Hood act, and Evaldas has admitted that the entire money he stole was for his personal interest and he had no plans for doing some selfless deed with all that money. But what’s interesting here is that a man, alone, sitting behind a desk in one of the most distant nations from the US, fooled those corporations, which have kept users under a false pretense of internet security and have stolen the best of their privacy over the years. Everyone’s aware of how web kings like Google and Facebook have made users dance of their terms without even them knowing about it and both of them has faced their fair share of criticism and backlash in that matter. With all that in mind, this little theft seems as a payback to their faces. Let’s get down this and see what happened and how one man fooled corporations, who have fooled us all for more than a decade.

Google and Facebook: The Crowned Kings of the Internet

The first thing you do when you buy a desktop or laptop is that you open up the system’s web browser and you download Google Chrome. The first search on your default search engine (Bing, Yahoo etc.) is to type Google. The first webmail service that clicks your mind is Gmail. And the list goes on. Google is one of the most popular and financially most successful organizations in the entire world. Initially hailed as a search engine, Google has expanded its business into different venture fields including mobile phones, operating systems,  and a number of applications. With all that. Google has a net worth in billions of dollars, employing a huge workforce of almost 100,000 members worldwide.

Facebook, the corporation who you tell everything you do, everywhere you go, and also that who you make friends with. Since the beginning of the website, Facebook has made sure to sustain a hundred per cent monopoly over the social media hub on the internet. It bought both WhatsApp and Instagram to ensure that there is no other Facebook in the market. And now, Facebook ensures that it always has an eye on you via tracking your every social media activity.

Have you ever thought, how these corporations went on to gather billions in cash, bonds, and property over a period of at max twenty years? Have you wondered how these corporations make you support them in all of their unjustified activities, thus giving them every chance to make money out of your personal interests?

For both Google and Facebook, digital advertisements and consumer generation via ad-clicks for different businesses has been the major source of revenue generation. While both Facebook and Google do not charge consumers for their services but charge them in case they wish to promote their business or talent over the internet using their platforms. Google helps business owners connect with targeted consumers using keyword-specific searches on its site, whereas Facebook helps business owners post and boost ads to promote their products or services. Via Instagram, Facebook Inc. charge talent artists or media businesses to promote themselves to a wider audience and generate business from there. Since the world has gone ahead in time and so has their preferences, both organizations have shifted focus to video content, promoting brands via their YouTube and Facebook Live platforms.

So, you visit these sites, you see some advertisements, your favorite brands maybe, and in case you click on them or decide to visit their respective sites, Google and Facebook charge these brands a certain commission in exchange for consumer generation.

And then, of course, they have user data to make money from.

Google and Facebook’s Use of Our Personal Data

Both Google and Facebook have been heavily scrutinized by the media and the law enforcement and cybersecurity officials over their misuse of user data, which it gathers over the activities of users on their own platforms.

Let’s suppose, you make a Gmail ID, it’s directly linked to YouTube, Drive, PlayStore, Maps, and other Google Applications. In case you use a similar ID for Facebook, you automatically link your Facebook and Google accounts. Then comes the use of third-party applications. We all connect to third-party applications available on Play Store such as games, organizer applications, banking apps, and e-retail platforms all the time to use their services. We all login to them whether via Facebook (this mostly happens in case of games) or via Google (especially in retail and banking sites). While doing that, we agree to certain terms and conditions (which none of us read) and just go on our way to enjoy them. But, you actually give permission to those apps to track and save your preferences, and since all is linked to your Facebook or Google ID, they are automatically permitted to have access to your activities. That is how you’re able to get email notifications of everything you do on third-party applications. Moreover, your check-ins on Facebook and Instagram, or your navigation searches on Google Maps give away your locations as well. So, basically, these corporations generate a huge amount of user data based on their online presence, which they claim to use to make our online experiences more personalized.

Google and Facebook have repeatedly used this data to make money from unjust means, violating both legal policies, and user consent. These companies have often leaked data to different organizations, which includes our private information, chats, contact details, and even our preferences. 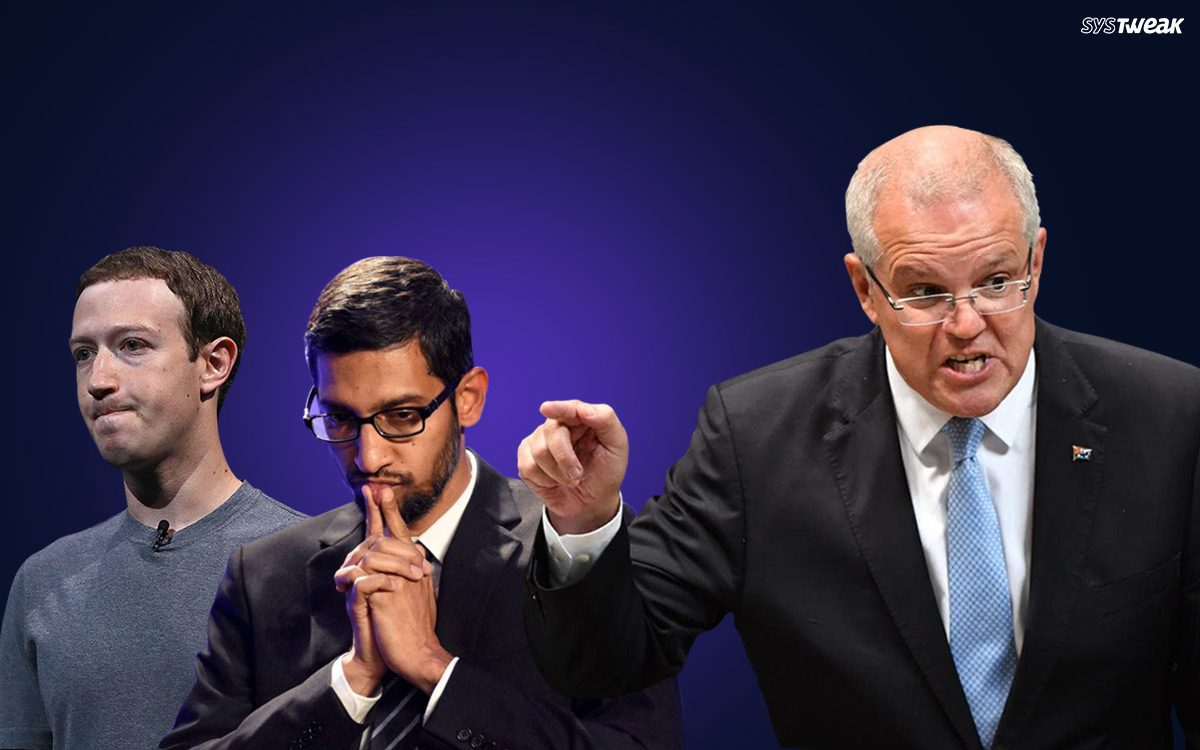 Facebook’s Mark Zuckerberg, in 2018, faced a 55-member senate hearing over the course of five long hours, as it turned out that some voter profiling and analysis agency took data of 87 million Facebook users, and potentially misused to target voters for political campaigns during 2016 US Presidential Elections, as well as during Brexit Referendum. Google has been under heavy fire from the European Union over its misuse of user consent over their data-sharing with potential advertisers. Google, being the world’s biggest advertising broker, was found to have flaws in its exclusivity agreements, which violated the EU’s Antitrust laws. Google practically thwarted small business owners by promoting the ones which profit its own business, thus breaking serious rules. The total fine amount over Google has surpassed US$9 Billion in the EU. Then again, Facebook was fined $11.4 Million by Italian authorities over data sharing without user consent. And recently, both Google and Facebook were criticized by the New Zealand government over their inability to distinguish content over the platforms, which led to live broadcast of a terrorist attack on a Christchurch mosque. These fines can go as high as $100 million.

So, it is not new when Google and Facebook have been caught red-handed over their misuse of user-data, which have fueled profits for their bank accounts. The money they have made from us and misleading us into believing their false promises has done nothing but strengthened their market positions, providing them with a monopoly over the internet marketing and social media business. And that is the sole reason that despite the heavy backlash, both of them continues to remain top players in the market. Though, for once, the tide reversed for a while.

So, Evaldas Rimasauskas founded a company online, called Quanta Computer in Latvia, legally registering it. The name is the same as of Asian hardware manufacturer, which have both Google and Facebook as its clients. Rimasauskas made false bills and sent them to Google and Facebook, demanding payments for the apparent services Quanta has provided them. Since the name was the same as the real Quanta Computer, finance guys at Facebook and Google did not hesitate to comply and dutifully paid all the bills, totaled at $122 million. The money was then rewired to multiple accounts in Latvia, Hungary, Hong Kong, and Slovakia. Before Google and Facebook figured it out, they had lost $23 million and $98 million, respectively. So, yes, while they filled up their pockets fooling global users around, someone just picked their pockets without them even knowing about it.

It’s definitely none. Financially, both Facebook and Google have billions in cash, so this is as small as a dent on the surface of the moon. Google and Facebook would continue to do what they have been doing. However, it does impact the users and their psychology, that it’s just not these large corporations who have the power to manipulate our usage and data, but someone from the crowd can have them search for help sometimes. Though, Rimasauskas has said that it was a straight theft and not something he did to make these corporations pay; however, he did make them realize what may happen if someone wishes to fool them for they have fooled its users.

While the entire media continues to cover how a thief stole millions from Google and Facebook (which obviously isn’t justified), it’s the same as both the companies have done to us users. But since this was money, and that was information, Rimasauskas got a bigger coverage. It’s high time that we as users realize what we are giving away to a handful of people who tends to control our online choices and take a stand against it. The fines put over them surely would not affect their big vaults, and so, it’s on us to keep our identity and presence safe from theft and misuse. While the incident would certainly go down in the daily news, it certainly acts as an ironic reminder, that someone as giant as Google and Facebook can be picked off. And that maybe, something as the saying ‘what goes around, comes around’, can happen for real.