“Traits acquired during one’s lifetime – muscles built up in the gym, for example – cannot be passed on to the next generation. Now with technology, as it happens, we might indeed be able to transfer some of our acquired traits on to our selected offspring by genetic engineering.”~ Nick Bostrom

THE STORY: Spotify used to be available on streaming devices from Roku for years. Later, it was removed in December 2017 due to “technical glitches”, which were never revealed. Now, Spotify is back again with Roku devices with their OS 9 version.

WHAT MADE SPOTIFY CHANGE DEVICES?

Spotify has been one of the top services in the market in spite of the throat cutting competition from Apple, YouTube and Pandora. With approximately 83 million subscribers over the world, it remained at the top of other services. Now that the competition became tough, it is important for a service to look for more options to hold the realm. For streaming services, it is important that your services are supported by as my devices as possible. The same tactic was witnessed as successfully for Pandora, which was recently taken over by Sirius XM.

WHY SPOTIFY RETURNED TO ROKU?

Roku is like any other online streaming services available but in one of the most cost-effective ways. You can watch TV, listen to songs and do much more with Roku streaming devices. You just have to login to your Roku account to ignite the entertainment. Now that rivals of Spotify are nipping at its heels, it is indeed good news that Spotify services would be back to Roku devices with their OS version 9. It is important to know that not all the Roku devices would get the OS 9 update and the older devices may not get supported too. 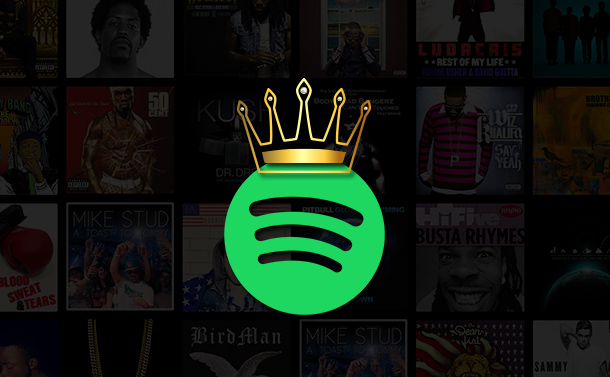 7 Amazing Reasons To opt for Spotify SubscriptionBy paying an additional 10$ monthly subscription cost, you can drastically enhance your music listening experience on Spotify. Here are...

EUROPEAN PARLIAMENT CALLS FOR A FULL AUDIT ON FACEBOOK

THE STORY: The European Parliament has called a full audit on Facebook in the wake of recent data breach scandal, where over 87 million Facebook users data was illicitly obtained and misused.

WHAT DOES THE EP AUTHORITY HAVE TO SAY?

With European Parliament calling for a full audit on Facebook over the scandal where approx. Data for 87 million users was compromised, the resolution accepted recently also recommends Facebook to take adequate actions to combat election interference. The civil liberties committee of European Parliament adopted a similar resolution earlier this month, which also demands to perform a full audit on Facebook with a purpose to find out loopholes and then to correct the platform accordingly.

Claude Moraes, civil liberty committee chair, commented following the parliament’s vote,” This is a global issue, which has already affected our referenda and our elections. This resolution sets out the measures that are needed, including an independent audit of Facebook, an update to our competition rules, and additional measures to protect our elections. Action must be taken now, not just to restore trust in online platforms, but to protect citizens’ privacy and restore trust and confidence in our democratic systems.”

WHAT DO MEPs PROPOSE IN NEW RESOLUTION?

In the resolution proposed in European Parliament, the Govt. seems more anxious for the interference in political elections. The MEPs are proposing to apply conventional “offline” electoral safeguard online guidelines. EP also demands to make it easy to trace online political advertisements and the organizations behind them to bring transparency. MEPs proposal includes banning of profiling for electoral purposes. Agency also adds to label all the contents shared by bots and automatic sharing mechanisms followed by banning and removing such fake accounts.