Rwanda, Somalia, Uganda, Japan, India and the United states of America. You would not be amiss to wonder what these countries have in common. The answer is that they have all been hit by a natural disaster. Floods. Volcanoes and Tsunamis. Millions of lost lives globally, millions becoming homeless and now facing a daunting task of rehabilitation in the aftermath created by the floods.

Similarly, Venezuela, Indonesia, Japan and Mexico faced a massive calamity in the form of earthquakes. Here too, due to the high magnitude of the earthquakes, the death toll was pretty high and property damage was severe.

But has anyone stopped and wondered, what can be done in order to protect oneself during the time of a natural disaster? How does a layman protect oneself and loved ones?  Well, more often than not, technology comes to aid.

There are 2 types of natural disasters. Predictable, as in the case of floods or tornadoes or unpredictable as in the case of earthquake or Tsunami. In order for people to survive the same, a warning system is needed. While back in the day, there have been many ancient civilization Chinese, Indian and Celtic instruments that can detect distant earthquakes.

However, as timed moved on, newer technology soon replaced ancient gadgets and gizmos. From primitive devices, we have moved on to seismometers to thermal scanning and satellite navigation of tornadoes. Technology is now one of the most important factors involved in tracking, and warning on natural disasters.

With natural disasters knocking on our doorstep at any given time, and the only way we can secure ourselves is by taking precautions before, during and after it passes our area. If one happens to live in a disaster-prone area, they are likely to listen to the news every day to keep themselves updated about any calamity that might be heading your way. After all, being informed about the weather is important for everyone. Social media and mobiles have become a crucial tool for communication during such periods. With their help, we can help the people in need, and also find out the whereabouts of many who are lost. The role of social media communication in making rescue operations work effective is commendable and increasing day by day.

Hence, mentioned below are some of the best disaster management technologies that shall save lives in the long run. We have broken them down in 3 different categories. Apps, Websites and Gadgets. They help in saving lives and preventing loss of property.

Many apps and websites have been invented that helps the people to prepare for disasters and help them communicate with their loved ones. Similarly, when one knows about a disaster coming their way, they should pack some essential gadgets along with snacks and everyday priorities like medication. They can be really helpful during such times when everyone is panicking due to the uncertainty of the situation. 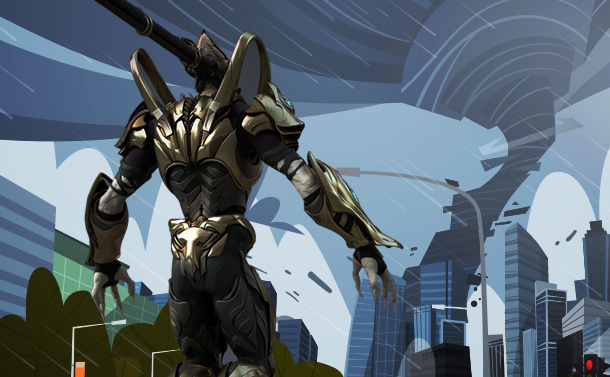 Here are list of some apps, gadgets and websites that will surely help one to prepare for natural disasters.

While considered as old tech, during a disaster a radio is one’s best friend. With it, one can tune in to listen to the news and get other crucial details about rescue and safe spots. As a radio is small and easy to carry, are not dependent on mobile signals, they work great during a time of natural disasters. Also, many radios can be charged on solar power, so it is not dependent on electricity to function. With features like power backup and flashlight, a radio is a must have gadget in a natural disaster.

When a calamity strikes, electricity is one of the first things that gets cut off. So, if doesn’t want to roam the entire neighborhood in darkness, till electricity is restored or help is on the way, a headlamp is a must-have. A hand crank self powered headlamp can help one in the times of need as it is not dependable in any battery or electricity. A cell phone too has a flashlight, but its battery should not be wasted by switching on the torch at such times, as one might need it to call for a rescue soon after.

As loss of electricity is one of the key issues that hampers rescue operations. A portable solar charger soaks the power of sun and can be used to charge all electronic devices that help in keeping their communication channels open.

In order to communicate with officials and family after the disaster has subsided one needs a sense of normalcy. Waiting is never easy, especially waiting for a rescue team. With a powerful external battery pack, one can charge their electronic devices. This can include cell phones, iPads, mini radios, laptops and even crucial electronic medical devices. This gadget in particular is a must have during a natural disaster.

When all else fails, go to the basics. A walkie talkie may seem quite primitive as a gadget to help in natural disasters, but it is also one of the most effective. A walkie talkie works on a frequency. As a precaution, one must keep the frequency set and ready before storing it at an easy to reach location. 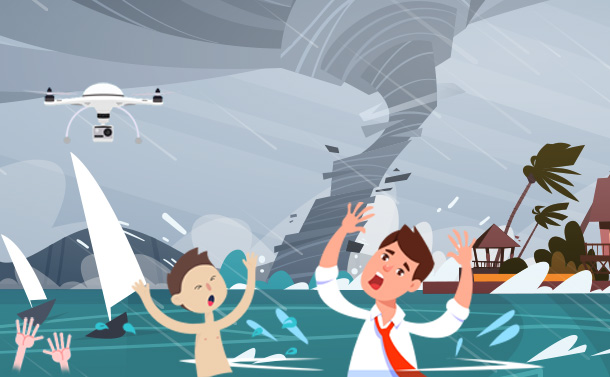 Is Technology Our Sole Savior During Natural Disasters?We are using various technologies in every field but is it wise to invest all our trust in machines and...

Here are some websites that will help make survival kits to face any natural or human made calamity:

The motto of this site is to ‘Work Together, Survive Together’. This website is a guide for all natural or man-made disasters. It provides the users with survival kits and knowledge that helps them prepare for any calamity like earthquake, Tsunami or even chemical one. Survival kits, survival gear, survival skills, survival guide are few of the things that they help teach and one can definitely reap its benefits in the odd chance of being in the middle of a natural disaster.

When one knows that a disaster is on its way, preparing for it helps one survive it. This website aims to do the same. It keeps the users updated about any natural disasters coming their way. It also helps them learn to prepare, survive and recover from the aftermaths of any calamity.

This site is only a year old and aims to help the people who have suffered in any disaster or other life events by providing them with home-made meals. It is an effective, safe, private and free website that lets people in a group plan, make and deliver meals to the needed area. It also has a reminder system that reminds everyone involved in the delivery. The best part is that it offers one meal a day absolutely free of cost! 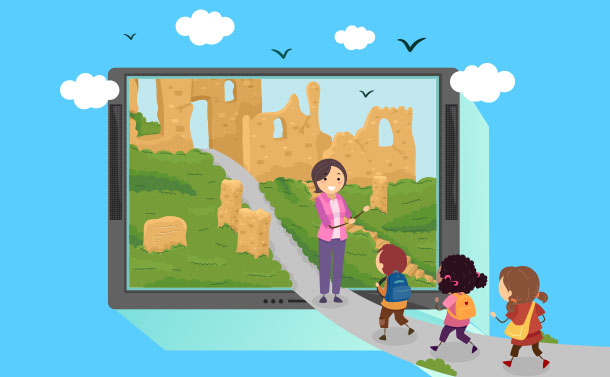 Top 5 Cool Camping Gadgets That Help One...For backpackers and travelers on the move, the possibility of connecting to the internet for directions and other communication purposes...

Here are some apps that will help you to communicate and gather information about the rescue operation going on in the area affected by natural disasters:

This is a free to use app that works on the IOS platform and was developed by Tony Alagna and Colin Anawaty. It captures images and audio and transmits the data to the Plerts secure servers. In case the user gets stuck in a natural disaster or meets with an accident, all they need to do is hit the SOS button. This will send the information about their whereabouts and other details to the user’s contact list. They will get an SMS alert and an email too, with a GPS rich map of the user’s location. It also places an automated conference call between few selected contacts so that they can collectively plan their course of action to help the user.

Another free to use app, but, Life 360 works on both Android and iOS platforms. It creates a private network between family members during any natural disaster. With it, one can inform their family their whereabouts by simply clicking a button. By enabling the background tracker, it sends the user’s current location to their family. This app also has a panic alert feature which sends the user’s location to their family via SMS or email in case of emergencies. Hurricane Irene saw the use of this app by thousands of people to let their family know about their safety.

In Conclusion:Nature is too powerful, we can often predict what is coming, but we can never predict the wrath it will bring with it. The only thing that can help is to prepare yourself to survive during the disaster and to recover after it has passed. These apps, gadgets, and websites along with phone and social media are important tools for communicating and preparing ourselves at a time like this. Another thing that will help people survive anything is- unity. Be united at times when calamity strikes you, and every situation can be overcome.