QUOTE OF THE DAY:
“There is no easy walk to freedom anywhere, and many of us will have to pass through the valley of the shadow of death again and again before we reach the mountaintop of our desires.” — Nelson Mandela

Gmail rolled out an update for Android and iOS users to turn off conversation view on Gmail app.

HOW CONVERSATION VIEW IN GMAIL WORKS?

It groups emails based on the subject text and appends prefixes such as ‘Re:’ and ‘Fwd:’ while grouping. It can group approx. 100 emails at a time. Once, the limit is reached to 100, it starts a new conversation.

On this recent update, Gmail published a post saying,

“In Gmail, replies to emails are grouped together as “conversations,” to make them easier to digest and follow. Some users, however, prefer to see each of their emails listed individually in their inbox. This is possible on the web by toggling “Conversation View” off in the Settings menu.

We’re now bringing this same feature to the Gmail Android and iOS apps. If you currently have Conversation view turned off on the web, it will be turned off on your mobile app as well.”

HOW TO DISABLE CONVERSATION VIEW ON ANDROID AND IOS?

Improve Gmail Experience with These 15 Tips &...Gmail is complete webmail service to help amateur and professional users. It offers numerous useful features and tips to improve...

PUBG has launched website named ‘FIX PUBG’, which is created to deliver the changes, improvements, and to destroy bugs in the game.

There have been some regular users who come across bugs and changes that they want. In return to this PUBG developer team came up with a campaign called ‘FIX PUBG’ where they will update the users about the latest bug fixes, improvements and changes made in the game.

This is a phrase we’ve been hearing a lot lately. So today, we’re announcing a new campaign entirely focused on addressing bugs, quality-of-life improvements, and fundamental performance improvements.”

HOW CAN PLAYERS TRACK PROGRESS OF THE FIX PUBG CAMPAIGN?

This can be done by visiting the official website of Fix PUBG. On this page, PUBG developing team will keep communicating to the players about the specific detail of upcoming work, along with estimates and timelines for delivery dates, as well as any achievements made by PUBG. 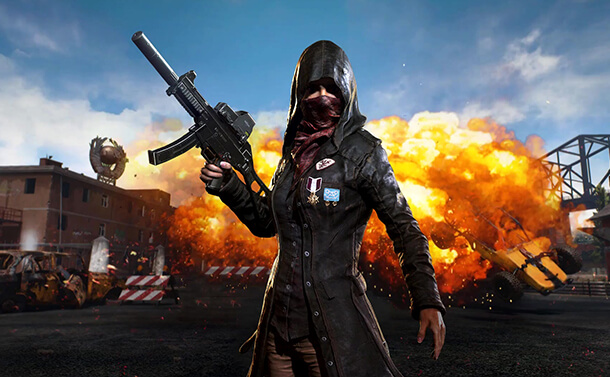 How To Play PUBG On PC For Free...Tired of playing PUBG on mobile? Searching for an alternative that let you play PUBG on PC? Here is the...
Is this page helpful?