What is the difference between Bitcoin and Litecoin?

What is the difference between Bitcoin and Litecoin?

To get an answer you need to read further. This article will make you understand everything you need to know about the difference between Bitcoin and Litecoin.

What are we waiting for let’s move further as crypto world is volatile.

A Brief Summary of Bitcoin vs Litecoin

By the end of 2008, an anonymous coder named Satoshi Nakamoto wrote a paper called Bitcoin: A P2P electronic cash method, that gave birth to Bitcoin the first and most popular cryptocurrency. Bitcoin promised a decentralized financial system, but due to its sophisticated computer encryption technique miners were not able to mine Bitcoin more than once ending up giving Bitcoin an intrinsic value. Due to this, several developers started developing alternate that would overcome Bitcoins weakness. And with this came Litecoin hard fork of Bitcoin that would make transaction speed faster and less expensive.

But for this Bitcoin rules had to change, disagreement was caused between Bitcoin users called fork. And as this disagreement went for long that lead to split of the big currency called hard fork. On November 7th 2011, due to hard fork (disagreement between users) Bitcoin was split into two and a new coin named Litecoin was created.

This is all about how Litecoin was born. So what is the difference between Bitcoin and Litecoin, besides the processing speed?

Below we explain the same with help of a table and some important pointers.

Difference between Bitcoin and Litecoin.

This was a small table showing major difference between both the cryptocurrencies. Don’t get confused above is a mere tabular form of showing how Bitcoin and Litecoin are different.

As you read further you will be able to understand the differences between both more.  First and foremost difference between Bitcoin and Litecoin that you must have understood by far is, Litecoin was created by Charlie Lee.

But apart from this there are many other things that make them differ from one another. They are as follows:

Bitcoin is based on blockchain technology (a vast ledger holding digital records of traders saved across a network of thousands of systems called nodes.) Thus, allowing users to make transactions all across the world without third party i.e. banks and or worrying about huge exchange rates and fees. To understand let us take an example: say Mitchell wants to send Mike 100 Bitcoin (BTC), the trade need to be verified first. For this the network will first check if Mitchell has at least 100 BTC once that is verified only then he will be able to make the transaction. If majority nodes on the network show green flag the transaction will take place and it will be added to the blockchain.

These successful trades are then clubbed into groups called blocks then they are added to blockchain. And to verify these blocks users get rewarded with a Bitcoin.

What Is An Altcoin And Why Do They...Altcoins a digital currency alternate for Bitcoin can be used for many purposes like to make faster and anonymous transactions,...

Bitcoin and Litecoin both use “proof of work” algorithm for the mining process, that helps to protect and detect attacks on the cryptocurrency networks. When the miner solves complicated puzzle to validate a transaction he is rewarded with a new coin.

For the algorithm used by Bitcoin is SHA-256, that favors processing power to mine the cryptocurrency. While Litecoin uses “scrypt algorithm,” that supports high-speed random-access memory instead of processing power. Leaving some orphan blocks during this process.

Apart from this difference another thing different in both algorithm is, scrypt can be used on less powerful computers, allowing number of users to start mining Litecoin on personal computers, saving the money they need to spend on specialized mining computer.

Both coins so far have reached to their maximum value, but still critics don’t welcome the idea of investing in cryptocurrency as they consider the popularity of Bitcoin and Litecoin part of an investment bubble.

This means price of a product goes up really highly as real world value and when the bubble burst the price goes down rapidly.

But crypto fans don’t think same way. If you are looking to invest in Bitcoin it might be late as Bitcoin has become expensive and risky. While Litecoin is still new and has chances to become as popular as Bitcoin.

Note: The future of all cryptocurrencies is uncertain and no-one which coins will be valuable in near future. Therefore, before investing one should do a thorough research.

Bitcoin and Litecoin both have specific amount of reward for verifying trade and coin limit. For Bitcoin the total limit is 21 million coins, and for Litecoin the limit is 84 million coins. Once both giant cryptocurrencies reach their coin limits, no newer currency cannot be released.

Apart from this the reward for mining decreased at specific time intervals. At every 210,000 blocks Bitcoins are halved while Litecoin are halved every 840,000 blocks.

Even though cryptocurrencies are becoming popular they are not able to replace money in your pocket. There are very few companies that accept payment in either Bitcoin or Litecoin.

The major difference between Bitcoin and Litecoin is the way mining on each platform works. Bitcoin mining is more expensive and difficult than Litecoin mining. 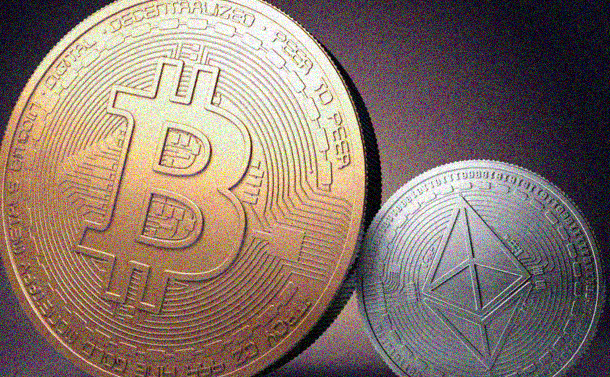 With time people are showing interest in cryptocurrencies as the digital currency offers something that fiat currency cannot match like decentralization, transaction transparency, deregulation, and anonymity. But deciding which one to use and trust is just the beginning.

This small guide will help you invest and know which currency you should choose if the choice is between Bitcoin and Litecoin.