xCloud and Xbox Scarlett: Microsoft’s Answer To Stadia and Arcade

xCloud and Xbox Scarlett: Microsoft’s Answer To Stadia and Arcade

We’re sure that gamers must be preparing for a fantastic Stadia vs Arcade battle this year. But surprisingly, you would be facing another dilemma soon over your gaming device choices and preferences. While Google and Apple prepare for a faceoff with their Stadia and Arcade gaming services to take over a front-running position in the gaming market, Microsoft is preparing to take them both at the same time with a massive pincer move.

Both Stadia and Arcade have gathered a heavy response and their release is probably has the highest anticipation among other tech launches this year. However, in case you have already decided on which one between Google Stadia and Apple Arcade you’re going to choose, you need to give it another thought. Because for early 2020, Microsoft is planning for a major bash for its beloved gamers and is all set to show its cards in the upcoming war for best gaming platform. Let’s see what Microsoft can offer in the new line of its gaming ventures.

The gaming industry took a major step ahead in the 1980s, and within a decade the gaming industry was experiencing the best possible response, as well as a profitable market. With Nintendo, SEGA, Atari, and Electronic Arts being the frontrunners of the industry, the people fell for all kinds of adventures their joysticks offered. But Microsoft, despite being a major tech giant, remained out of this booming business until a later part of 1995. But that wasn’t gaming. Microsoft decided to launch DirectX, a collection of tools to support game developers and programmers and help build games with improved media quality, graphics, and sound for Windows platforms. This wasn’t something Microsoft did for end-users directly, but it did help in changing the gaming experience for us all.

It can be said that Microsoft’s first-ever venture into gaming was to basically change the way games were developed and to target consumers towards its new Windows 95, it was planning to launch back then by providing better gaming experience. And this is what we may get in the newest xCloud and Xbox Scarlett. 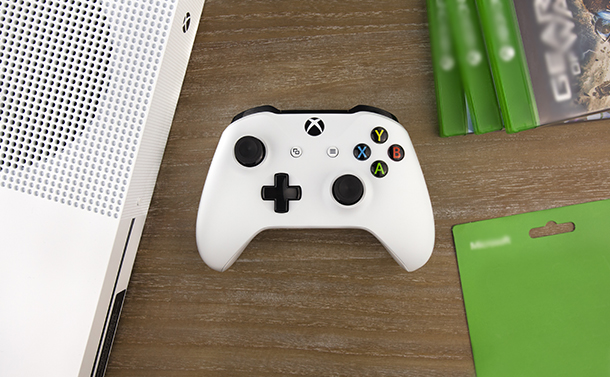 Gamers : Steps For Game Sharing On Xbox...Tired of exchanging game CDs and Disks? Now no more! Xbox One has the game share feature from where you...

Microsoft entered a third-party publishing business, under which it decided it would publish games under its banner and distribute it in the market, instead of designing its own games. In 1997, Ensemble Studios developed and launched Age of Empires under Microsoft and went on to become one of the highly successful franchises in the coming years. Age of Empires began a new genre of RTS games, on which, your current games like Clash of Clans are based. Probably, Ensemble saw what Microsoft could do with gaming in the coming years due to its brand name, and thus, Ensemble was sold in entirety to Microsoft, beginning a series of game development and publishing ventures for Microsoft, as well as multiple acquisitions to thrive in the industry.

In the early 2000s, Nintendo and PlayStation were already heads-up with GameCube and PS2. In the midst of this, Microsoft launched its first ever gaming console called Xbox and entered mainstream competition in gaming industry. Competing PS and Nintendo, Xbox received rave reviews from critics and gained mass popularity among audiences, mainly due to features that no one else of offering back then. One of them was that Xbox had an in-built hard-drive in it, making it fit to load more than one game. It was followed by Xbox Live, which allowed gamers to play on LAN with other players via broadband connectivity. This first of its kind service allowed Microsoft to get to the second place in gaming console sales that fiscal year, behind PlayStation.

In 2006, after five successful years of Xbox, Microsoft released Xbox One, a successor to original console,  and entered the market along with heavy promotion from media outlets. However, the early versions led to a major failure, as competitor PlayStation took the market with PS3, which at that time offered motion sensors in gaming, the first of its kind. However, Microsoft continued to upgrade Xbox 360, especially by providing support for an extended Xbox Live. However, Sony took the number one spot and Xbox 360 never gained the top position in the market.

Xbox 360 was followed by Xbox One, which became Microsoft’s best success in its history of gaming ventures in 2013. Xbox One was noted for its support over live-streaming of games, along with its voice automation and navigation feature, video calling, and its motion-tracking abilities. However, the people preferred PlayStation 4 due to its support of high-end graphics. Microsoft then launched Xbox One S and Xbox One X in later years, with the support of high-resolution gaming ranging from FHD to 4K. 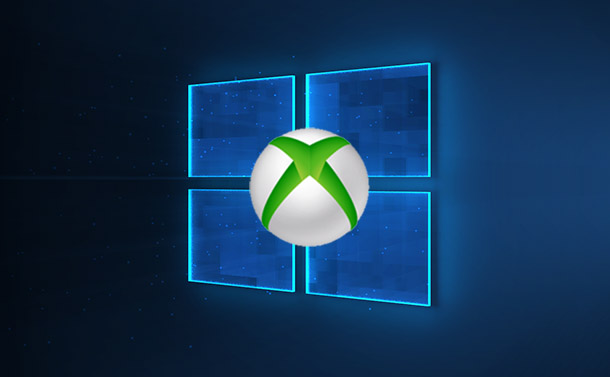 In 2018, Microsoft renamed its gaming company to Xbox Gaming Studios to merge console and game development units and to ensure that both the aspects of gaming, that is control and visual representation are highly compatible with each other. With this in mind, Microsoft is now all set to revive its name in the gaming industry with two of the most anticipated launches slated for unveiling in 2020.

Can Microsoft Take on Apple and Google?

As Apple and Google are all set to release their individual gaming services, Microsoft is all set to roll out along the road. xCloud would follow the steps of Google’s Stadia and would offer an online streaming gaming service via xCloud. Just like Stadia, Project xCloud aims at offering gaming entertainment on demand, with ease of access, and device flexibility. The services would be accessible via an Xbox controller, called Maverick, designed specifically for xCloud gaming, which would allow you to switch devices using Bluetooth and live stream games online. Since the platform is based on streaming, Google Stadia becomes its main competitor comparing to Apple Arcade. Though Google is upfront in launching its services earlier than Microsoft, it should not just sit back and relax, as to no one knows what Microsoft has up its sleeves. Moreover, Stadia has high chances of not making it work.

Where can xCloud Beat Stadia?

Stadia’s streaming requirement is 25 Megabits per second. And that is likely to affect the visual quality of streamed games. When it comes to proving an advantage in streaming business, visual quality, and streaming speed are crucial factors to determine the fate of the service in targeted markets. Microsoft has claimed that testing is currently being carried out at 10 megabits per second, which makes quite a difference against Stadia’s 25 Mbps.  If Microsoft is able to test the games at a lower streaming speed without compromising quality, it may create a success story in the gaming industry it has been waiting for years.

The Challenge to Microsoft

xCloud is expected to support games already available on Xbox One, with developers working on more content. However, Microsoft would require to be very specific and efficient over the quality of content it provides on xCloud, which won’t be a success unless Microsoft is able to bring some AAA games on board. Microsoft’s biggest challenge here would be creating and establishing data centers and effective cloud engineering to support online storage of both content and user preferences. In that matter, Microsoft has recently acquired PlayFab, along with the staff, which focuses on designing tools to support connected gaming over servers and cloud. PlayFab may prove to be crucial in helping Microsoft build cost-effective gaming models to support device flexibility for xCloud. 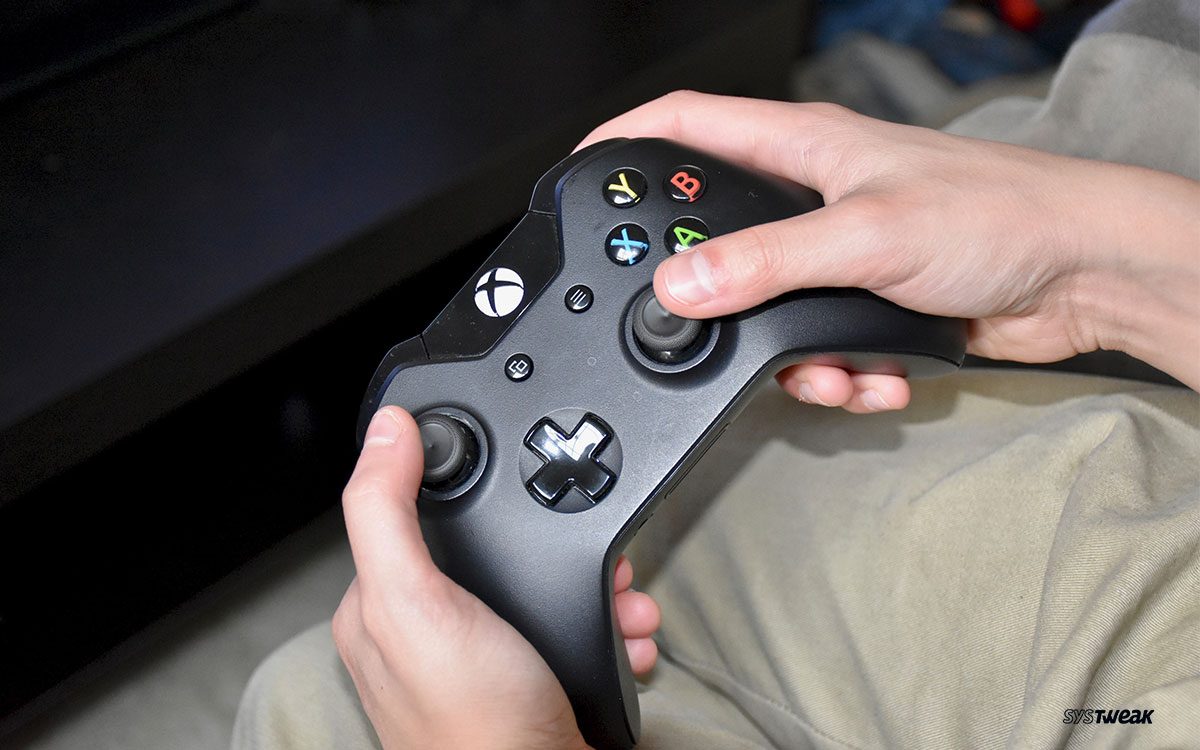 To hit both Stadia and Arcade together, and to ensure that it covers all gamers and their preferences, Microsoft has a fail-safe ready to follow xCloud. Xbox Scarlett, the codenamed project of Microsoft is all set to success Xbox One and become a major player in the offline gaming segment.  The new console is speculated to be disc-free and may be the next big thing among the new generation consoles. The specs and price for Scarlett are not out yet, but as Microsoft promises it to be “something never made before”, it has high anticipation among gamers and especially Xbox fans.

When xCloud and Xbox Scarlett may Hit The Field?

No say. xCloud, however, is speculated to be available for public trials at this year’s E3, whereas Scarlett is not going to hit the field before early quarter of 2020. Though Microsoft’s Phil Spencer has teased both Scarlett and xCloud at various interviews and events, we are less likely to get the real taste of their gaming experience soon enough.

Is Microsoft All Set to Take on The Lead?

Wish that was true, but it’s not. Yes, Microsoft has a great potential to perform well in the market with xCloud and Scarlett at its side, and it may have great advantages over Stadia and Arcade, but Microsoft has always been defeated by the most successful corporation in the gaming industry, Sony and its range of PlayStation consoles. Xbox has never been able to surpass PS in terms of both profits and fan-following. The Xbox One was practically a disaster against PS4, and again Xbox Scarlett would not be alone in the game. Though it’s going to skip this year’s E3, Sony has announced plans to launch PlayStation 5 next year. What it has to offer? What’s it going to cost? We know nothing yet, but speculations. But Sony has never disappointed, and its consoles have always established supremacy over their predecessors, thus ensuring advancements in all aspects of gaming, as well as the best gaming experience for players. And hence, Microsoft is no short of worries for their new range of consoles, despite whatever they have to offer.

Microsoft would not have invested so much on the new Project xCloud and Xbox Scarlett if it hadn’t planned something new. So, you can rest assured that these two things are going to go big. But will they actually be able to take on Google and Apple? Since both Stadia and Arcade would have already been among the public for a while when xCloud launches, what chances does it have against them? And then, does it have everything prepared to take on Sony in the next battle? In time, we’ll have answers to all these questions. Till then, we can just speculate and fill up the comments with opinions.